Well, June turned out to be quite a strange frenzy of a month, but perhaps the month that we needed. Today's post is really just for me to document kind of where I'm at with this very chaotic year.

2020 started out "normal". It was winter, though not quite the severe winter that we usually would have. I don't think that we had any snow in Richmond which is actually a little abnormal, but I was doing what I do: teaching, hanging out with friends, going to art shows, bars, gatherings, events. I even took a couple of flights in February and early March to hang out with friends and family.

As we all know, in mid-March, immediately after I returned from my last flight, it was time to quarantine. I recently looked back at my old posts and journals and found that even though we were in this time of quarantine, it hadn't really sunk in as to what that meant yet. We had been told we only would be out of school for two weeks. I even still went to a couple of friends' houses those two weeks in March (albeit they were small, outside gatherings). But once March 31st hit and it was known that we wouldn't be returning to school that year, the reality of what we were facing started to sink in.

April was full on lock-down as it was the month where we saw the most spikes and peaks of the virus. My conference in Baltimore was canceled. My trip to Ohio for Easter was canceled. Holy Week and Easter were streamed from my computer in my apartment. My birthday was a Zoom party and any social gatherings were also on Zoom. I truly didn't leave my apartment except for groceries and exercise (and once to see the new apartment I was eyeing) during the entire month and first half of May.

May was still pretty much lock down as Richmond didn't open anything back up until the very end of the month. And on Memorial Day this year, George Floyd was murdered. Richmond opened just in time for our streets to be flooded with protesters and for us to face the realities of our centuries of oppression over black lives.

June was a frenzy of a month. Now that things were starting to re-open simultaneously with protests, I had some choices to make. I chose to go to the Outer Banks in NC with my friend's family for the first week of June. It ended up being the right choice for me at the time. Not many people were at the beach yet, and we stayed quarantined in the house we rented for the entire week. I came back to Richmond refreshed after two months of being holed up in my apartment alone.

June also saw the re-opening of Church for me and I was able to start attending Mass in person again and even getting hired to play piano for some Masses and make the money I wasn't able to make when quarantined. Of course things weren't back to "normal". Mass looks different now. We register before we attend. We wait in line to go in and wear masks We are asked questions about our health and then are sat six feet from each other in roped off pews. It isn't "normal" but it has become, as we have all heard and said, "the new normal".

Throughout June, I started to see friends- again in small groups, mostly outdoors. I started to take little mini-trips around DC and VA to outdoor things as most indoor activities were still closed. I started to make a list of State Parks to visit and visited a few of those parks. I blogged A LOT in June as there was a lot to think about. I started to reach out to friends and Catholic organizations and think about what I could do to keep myself busy in case we don't go back to school.

And that brings me to July. Museums have opened back up, which are my happy place, so I went to quite a few this past first week in July. June and July also saw my first restaurant experiences. I have been to two or three outside and two inside. I can still count on one hand the establishments I've been to, and I want to keep it that way. As much as I have been appreciative to go and do some of the things I enjoyed doing before all of this, I don't want us to rush to do and open all of the things too soon. Yes, it has been four months so far in these various stages of quarantine. Yes, I want to go back to school. But I don't want us to if we aren't ready and if we continue to run around and do all of the things, we won't be ready. It won't be worth the risk. Cases of COVID are continuing to appear and while VA numbers are staying relatively low, they aren't disappearing. In other states that have reopened, the numbers of cases are going back up.

I need to keep reminding myself that we are still in quarantine. So this month, I am going to travel a little bit- to see my friend in Philly and my family in Ohio- but the weeks in between those things, I'm staying in my apartment and quarantining still. So, I'm still looking for and working on projects, blogging, maybe starting a podcast? Who knows. I'm also starting to think about what I will need to do to my lesson plans depending on what school will look like in August. I'm bracing for all possibilities and it is a little overwhelming.

But the constant in ALL of this is God's hand and prayer. Quarantine has been a time for me to reflect, for better or for worse, and have consistent prayer time each day. It's been a time for me to have to reach out to others in different ways. And I know that God has His hand in the movements in our country, the shaking up of our systems, and the reckoning we are having with our culture right now. 2020 has been weird and hard. In some ways, it has gone by really quickly. I don't know what the second half of 2020 will bring, but I think we are seeing the possibilities and I hope that we do what is right and take care of ourselves and one another. 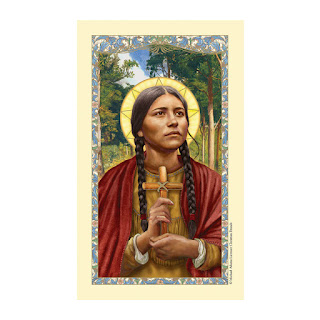 Stay safe, everyone. But know that we've got this if we work together and do what is best for the common good: wearing masks, staying in as much as we can, supporting black lives and lifting up our voices for those in need.