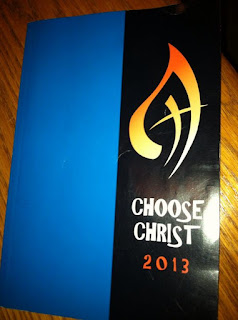 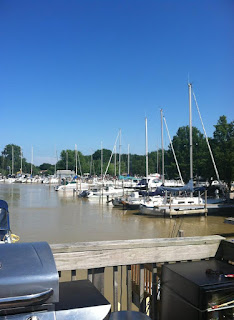 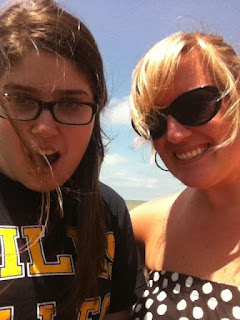 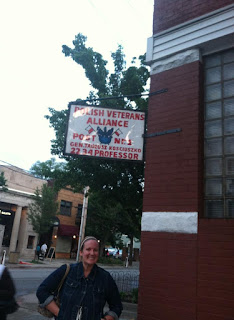 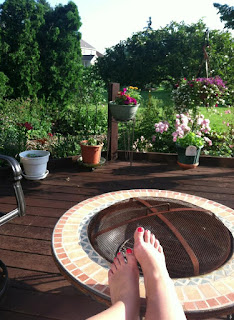 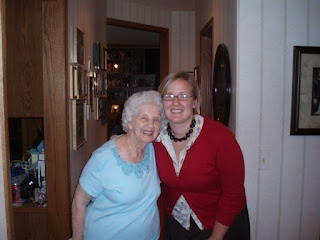 So much has gone on since I last wrote! I graduated! Pentecost happened! My students have graduated! And summer is finally HERE! One more day of giving exams and it is time to grade, pack up the classroom, and be FREE!

Here are some snapshots from the past month or so: 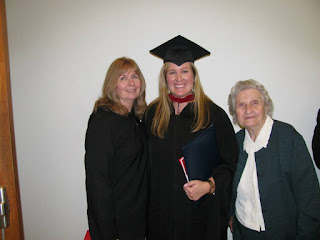 My mom, my grandmother and I at my MA graduation in May 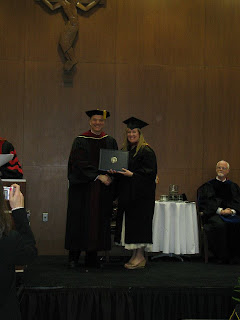 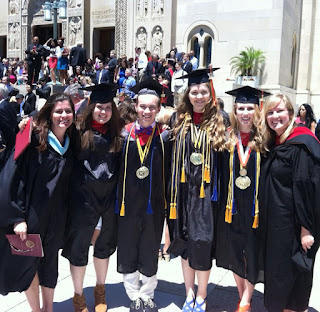 After graduation with some of my fav student graduates

I recognize now what I somewhat surmised before- that my some of my students have taken to reading this blog. So HELLO student stalkers! Are you surprised to see that this blog is pretty much exactly what I talk about in the classroom? That is- nerdy liturgy speak?? Well....WELCOME. You don't get extra credit for this.

My reflections have really started to center around the liturgical seasons, it seems. And with the Easter season now over and Pentecost come and gone, we are left to be sent out into summer and, well, ordinary time.

There are still plenty of feasts hidden within Ordinary Time, however, and I enjoy finding them as I go to daily Mass...which, I really need to get back into the habit of going to daily Mass. But that's what summer is for, right?

I've struggled to get into a routine with this new-found freedom of living in my own place and having all of the free time! But I'm making it a goal this summer to get back into a routine of prayer and daily Mass. It seems that I was able to do this much in the summer of 2011- my first summer after teaching. Last summer was a whirlwind of travel! Which has left everyone (myself included) what does this summer have in store?

An opportunity presented itself for me to nanny for two children ages 12 and 10. I met the family, and said yes. I didn't have any plans for this summer and although working with children in my time away from children wasn't in my plans, I also didn't want to be bored all summer. I wanted a plan, a routine. I think this opportunity will be a good experience for me and a good outlet this summer. I do feel like it's part of God's plan for whatever reason.

And even though I haven't been in much of a prayer routine of late, I do continue to see God's hand in my life all over the place. I know He is at work through His Spirit especially in this time post Pentecost. I really loved this line from today's reading from St. Paul (me? enjoying something from St. Paul? I know you are shocked):

I want you to know, brothers and sisters,
that the gospel preached by me is not of human origin.
For I did not receive it from a human being, nor was I taught it,
but it came through a revelation of Jesus Christ. - Galatians 1:11

I've been getting very wrapped up in the human aspects of our faith recently for whatever reason. And I've forgotten that religion and faith is about REVELATION and a personal revelation from Christ.

Hopefully, that is what our faith is for you all, too. Not solely the human infrastructure that can be broken and fallible at times. But the infallible movements of the Spirit of God in our Church and in our lives.

The last time I met for spiritual direction, Father suggested that I re-visit the writings of St. Teresa of Avila's Interior Castle. I had tried reading it once before, but I found I couldn't get into it once again. I was praying, though, and realized that I really get inspiration from the documents of the Church and Vatican documents. (Once a Theology student, always a Theology student, apparently!). We have a new pope, so I thought I'd check out some of his new writings. Then I saw a former teen that I had worked with in my youth ministry days posted about this book: 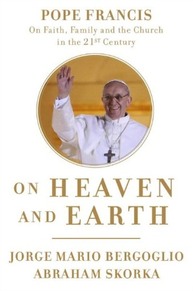 and I was sold. I've only read the first few chapters but I am inspired by what our current Holy Father and this holy rabbi he is writing with have to say about dialogue between faiths and with non-believers. They don't speak about dialogue with non-believers in a "we must convert them way" but in a "we need to listen and meet them where they are at because they have value" kind of way. Love it! I believe the Holy Spirit is truly moving in our Church still!

I'm also excited because a friend of mine who I got to see ordained three years ago will be joining my colleagues and I as the chaplain at our school this fall! 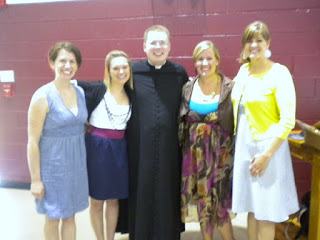