This Christmas was one of the best in a while for me. Everyone in my immediate family seemed in the holiday spirit and even though there were definitely potential moments for stress, we somehow rallied together to eliminate those moments instead of heighten them this year. Many of us have had to go through transitions and new roles in the past couple of years, and it seemed that we finally were comfortable in those new roles (new babies, new living situations, new traditions, etc).
When I recounted to a friend how enjoyable Christmas actually was, my friend noted that I was also happier than I was this time last year (she actually joked that I was "not homicidal" this year, referencing how I may or may not have had much bottled up anger towards many a fellow man last year. I feel that this is an extreme, and I promise, she was JOKING, though...point taken). And I AM happier, because I am in a new job and a new city that is a much better fit for where I'm at in my life right now.
During Advent, I meditated on the scene of the Nativity a lot, as Christmas songs about angels and Mary guided my thoughts to that Christmas event. Now it is the Christmas season and I am wondering how I can keep that meditation going and how I can keep the joy I experienced this Christmas in 2016.
I just read over some posts from the earlier half of this year, where I was still unsure and frustrated with what the Lord may or may not have in store for me. I wasn't hearing the answers to prayer that I wanted. But inspired by my friend Dan (who I've written about and who passed away in 2014), I decided to take my frustration and focus on pursuing Joy, which meant focusing more on Jesus than myself.
Christmas is, of course, about these things: Joy and Jesus. So one way that we can carry Christmas throughout the season and into the new year is by drawing closer to Him so that we might pursue Him and the joy that comes with that.
The Church also has many feasts for us to focus on in this Christmas season: St. Stephen Martyr on Dec. 26, St John the Apostle on Dec. 27, the Feast of the Holy Innocents on Dec. 28, the feast of the Holy Family the Sunday after Christmas, the Solemnity of Mary the Mother of God on Jan 1, the feast of the Epiphany (usually somewhere between Jan 2-8, but traditionally celebrated on Jan 6), and the Baptism of the Lord in mid January which closes out the Christmas season. Whew!
So there is lots to focus on! I personally want to keep meditating on the Christmas Nativity scene: what did the shepherds do after they encountered the angels and the Holy Family? How would they have been changed? How did Mary and Joseph adjust to their first few days of parenthood? what did they meditate on when they were present with the Son of God in that stable? The Nativity scene gives us a lot to contemplate, even after Dec. 25 is over. I am grateful for the Christmas season and looking forward to carrying the joy of Christmas in to 2016! 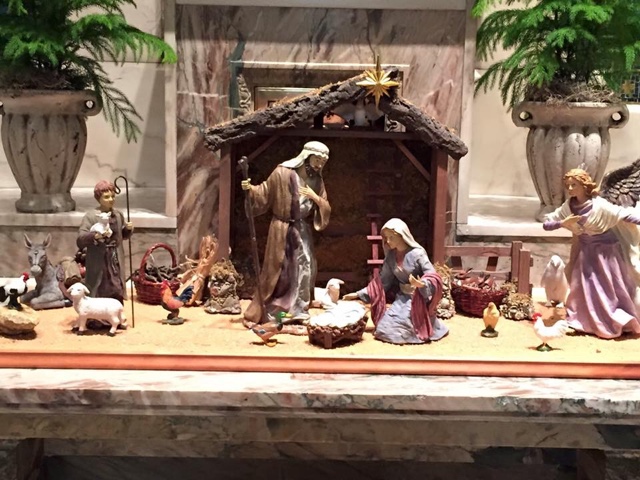 Nativity Scene from my parish- the Cathedral here in Richmond.
May the Christmas season continue to bring us joy and closer to Christ. Merry Christmas and Happy 2016!
Peace,
Julia
Posted by Julia at 9:19 AM No comments: 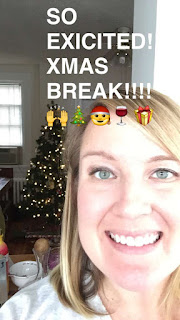 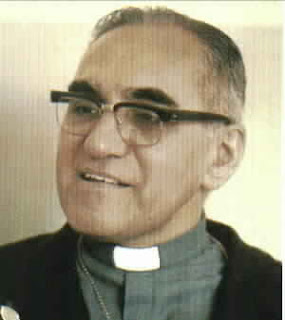