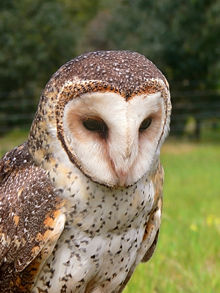 WHOM do you wish to win the Super Bowl?


I saw this clever play on the Super Bowl- "the Superb Owl"- on Facebook and I prefer owls to football, so I thought I'd address Super Bowl Sunday in this way :)

Plus, birds- and owls in particular- are ALL the rage these days. Also, mustaches. That may seem like an aside, but they are both very much related and both very much hipster. I should know, since I have hipster tendencies myself.

Let it be known, however, that this blog had a bird background well before this trend, true to my hipster tendency form. ( This is an aside and a beloved joke between my friend @ChristineMarieN and I: "Why did the hipster burn his tongue?" "He ate pizza before it was cool ;) My blog's bird background was simply a sick homage to my Twitter obsession, but now it is widely known that if you want something to seem cool and infinitely more expensive, simply "Put a Bird on It".

While I do care to keep up with pop trends, I don't care much for professional sports, I must say. But I get that people uphold these athletes and teams in the same way my family might uphold Rock and Roll or the Beatles. And I do think there is something about it that brings humanity together and we should honor those who reach high achievements... I get it.

I, however, also taught an excerpt from Gaudium et Spes (The Second Vatican Council document on The Church in the Modern World) and had my students reflect on a few paragraphs including this passage:


"But what is man? About himself he has expressed, and continues to express, many divergent and even contradictory opinions. In these he often exalts himself as the absolute measure of all things or debases himself to the point of despair. The result is doubt and anxiety." - The Church in the Modern World, 12.


I had the students reflect on how we exalt certain celebrities or athletes and then how that can lead to our own "debasement" of ourselves. We go to the two extremes- either wanting to exalt ourselves or not realizing our self worth.

St. Paul, however, has something for us again today in this morning's readings:

Brothers and sisters:If I preach the gospel, this is no reason for me to boast,for an obligation has been imposed on me,and woe to me if I do not preach it!...


Although I am free in regard to all,I have made myself a slave to allso as to win over as many as possible.To the weak I became weak, to win over the weak.I have become all things to all, to save at least some.All this I do for the sake of the gospel,so that I too may have a share in it. - 1 Corinthians 9: 16-23

St. Paul makes himself "a slave to the gospel" and makes himself "weak" so that others may be saved. Is this debasement? Does St. Paul not know his self worth?

Of course not. We know St. Paul takes his new identity in Christ and when he is trying to "win people over" it is not for his own glorification or desire to be liked. He truly just wants others to find the truth in Christ. It's his "obligation" (as it is ours as Baptized Christians, like it or not!) and he embraces the challenge fully and purely.

This pure motivation for the gospel is easier said than done, which is why we are "running the race." :)  St. Paul and the epistle writers often use athletes as images and symbols because of their discipline. And what greater discipline is there than to follow the gospel inside and out for its own sake and the sake of others??

So perhaps we can admire our athletes for their discipline and take it as an example to exalt the Gospel- not ourselves. But also to know that we are worth so much since we are made in the image and likeness of God and Christ gave his life for us.

Also, I just want to give a shout to God for His help in overcoming one of the struggles I began this year with. I know we are only a month in, but He has given me MUCH grace in choosing to be supportive and joy-filled for these upcoming weddings and celebrations I've got going on this year. I was a little leary in beginning 2012, but now I have much hope and joy for this year and I know that's all His doing :)