I'm feeling very much like I did when I wrote this post on fall a couple months ago.

I have done ALL of the Advent/Christmas things this week!

And true-to-form, this post will be updatey/reflection-y as such.

It all began with the Cookie Exchange of aught 11 that I already gave you a glimpse into last week. The Milky Way bars were a success- if not at the party, but definitely with my roommates this week (as they helped me eat ALL of the leftovers. So. Many. Cookies! This is a week where it is good to live with four other women ;)

But it's not Christmas yet! We know this! Gaudate Sunday came and I went to a parish where my friend who was ordained this summer is parochial vicor. He wasn't the priest saying Mass- and a good thing- 'cause I was appalled to see that the man WASN'T WEARING PINK! (or "rose" as they insist on calling it. It's pink. OWN IT.)

What do priests have against pink!? Humph.

Meanwhile, back at school- the students had exams for the latter half of the week. The first half I was finishing up chapters but felt the need to introduce Isaiah- since it IS Advent- in my Scripture class.

I love me some Isaiah. I mean...the dude (or whoever ended up writing his works for him) was so dead. on!

"Behold! A virgin shall conceive, and bear a Son, and shall call His name Emmanuel; God with us"

This idea of "Emmanuel- God with Us" has been kind of a thing for me this Advent as I am reflect on the person of Jesus in the Sacred Heart. And I've also used the song by Sarah Hart- "God with Us"- twice at school litrugies :) I can't get enough! (scroll down on the link to find the mp3)

I also happened to go to Handel's "Messiah" with one of my roommates last night. I've gone a time or two before (my dad is a singer and often sings it. Not QUITE as often as my sister dances in the Nutcracker...omg I've seen that show so many times done every. way. imaginable....)

But I don't think I really appreciated Handel's piece as much as I did after having a) just taught Isaiah and 2.) my Paschal Mystery course

Dude (Handel) took the whole text straight from Scripture, yo! And in a world where we are soooo against talking about our faith and being "politically correct" it's just kind of cool to have everyone stand during the "Hallejuah" chorus- even if they don't know what they are doing- but really honoring the Resurrection and the sacred in that moment.

I told my roommate I'm totally going to make photocopies of the text from my program and make my students identify which book in the Bible which line came from! Yessssssssssss......

So Isaiah has been my dude this week, as well as Handel. O Antiphons (which we know are my fav!) start today!

I know when the O Antiphons start 'cause it's also my sister's birthday- not just because I am a huge liturgy nerd. My sis is steadily catching up to me and the "dirty, flirty thirty!" One more year! 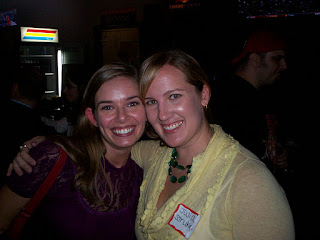 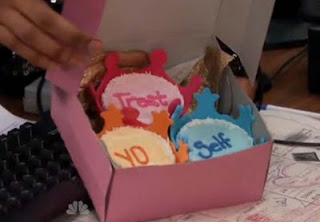 Happy last week of Advent!
Peace,
Julia
Posted by Julia at 8:41 AM