This summer may have started out a little rough, but it quickly moved into travel mode and now has somehow gotten away from me. It's August and I just received my schedule for teacher work week next week! Ah!

I am still reflecting on the trip that I just recently returned from. A college friend and I took a trip to visit one of our other friends who lives in Australia. We knew that it was God's plan that brought us to this trip, especially now, 10 years after we had last all been together. We weren't exactly sure why God had chosen this particular time- we each had certain struggles that we were going through and are in different states in life: one married with kids, two single (one perpetually single...ahem. Yours truly)-  but we tried to be there for each other, shared our struggles, listened, and learned from one another. Just like we had in our early twenties.

The benefit of traveling with people who know you so well is that you can truly be yourself and I felt very confident traveling with these ladies. The trip - in addition to just being able to see some of the world's greatest beauty down under- affirmed that I have grown spiritually and emotionally in the past decade or so, and I am exactly where God wants me to be. These ladies helped me affirm that I have evolved and the time that I have spent these last years on self reflection and self betterment has not gone to waste. I have expressed before that I often wonder if I have spent my twenties incorrectly since I entered religious life and pursued ventures uncharacteristic of "most" twenty somethings. But traveling with such equally evolved friends showed me that time spent on self reflection and in prayer is never time wasted.

And now for the trip recap! I met my friend from the States in Auckland, New Zealand. We traveled separately as we had booked our tickets separately, but it was certainly exciting to be reunited in such a beautiful and new place! 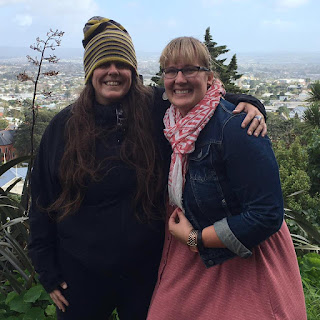 Reunited: On our first day, we pushed through the jet lag and immediately hiked up Mount Eden in Auckland. The views and greenery were totally worth it! We only had one weekend in Auckland as it was just really a layover before we met our friend in Australia. We made the most of our weekend by seeing and experiencing as much of New Zealand as possible: winetasting on Waiheke Island, the Sky Tower in downtown Auckland, the aquarium, exploring the neighborhoods of Auckland, the restaurants, the nightlife.

One of the sites I had read about in an article that turned out to be very helpful for our time in Auckland (a silly Buzzfeed article...who knew!?) mentioned a Maori shrine called a Marae that was very close to where we were staying in Mission Bay. We tried to walk there, but got lost in a neighborhood. A couple that thought we were playing "Pokemon Go" (note: we were most certainly not! but that is hilarious that they thought it) took pity on us and actually drove us to the Shrine. We didn't know what to expect, but soon enough a woman who was an educator of the Maori people found us wandering around their property and stopped to teach us about the land we were standing on.

Essentially, the Maori story is very similar to that of our Native Americans. The Maoris were said to have taken a boat from Hawaii and found New Zealand many centuries ago. However, when the British came, the Maoris were taken away from their land and placed on types of reservations, which was where we were standing. Their Marae is a shrine and their sacred space. We couldn't go in the Marae as there was a family service taking place that day, but we were grateful that Monique- our educator- took the time to tell us about her people and their heritage. 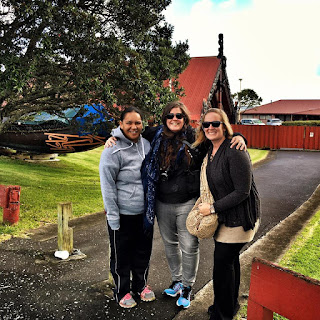 At the Marae: even though we couldn't go in the Shrine, we felt very blessed in this sacred space.

After a weekend exploring Auckland, we took our flights to Melbourne where our Australian friend lives. It was a joy-filled reunion getting to meet her family, husband, and kids. They opened up their home to us for two weeks. Over their kitchen table we shared stories, looked a scrap books, broke bread, laughed until it hurt, played games, and shed tears. These moments were what I really came for.

While in Melbourne, my Australian friend had to work, but my other friend and I spent our days exploring the city. It is a city filled with awesome street art, laneway cafes, hip bars and restaurants, great history, beautiful gardens, cool neighborhoods, and friendly people. 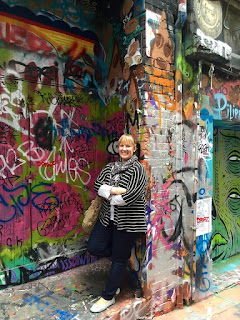 In Hosier Lane in Melbourne, a great place for street art! 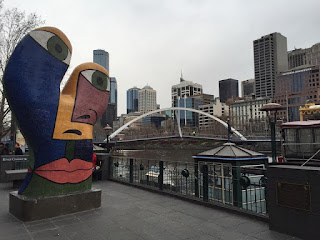 A view of some of Melbourne from the river, complete with funky art!

We were there during "winter", and sometimes the skies were grey, but it was in the 50s most days- hardly a need for a real winter coat. We dressed in layers and spent our time in Melbourne exploring the city, but also got some time out for nature as well! One day, our friend's mom took us on a drive down Great Ocean Road- Melbourne's coast line- and we also took a day with our friend and her kids to the Healesville Sanctuary to see some Australian animals in their habitat! 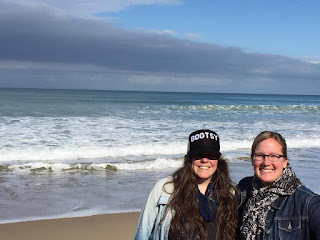 The sun came out for our tour of Great Ocean Road! 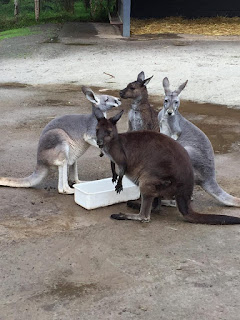 You looking at me, kangaroos?!

After our two weeks in Melbourne, our Australian friend was able to use some vacation time to fly with us to Queensland and the Sunshine Coast as well as Sydney. It was great to have some "down time" together. Upon our arrival in Queensland, we stopped at one of the beaches on our way to Noosa, our Sunshine Coast destination. As soon as we walked on the beach, our friend said that she spotted a whale. My Australian friend and I highly doubted this as we had just arrived on the Coast (and it wasn't even our whale watching adventure day yet! We had that, too :), but sure enough, we saw a whale that was seriously close to the beach. 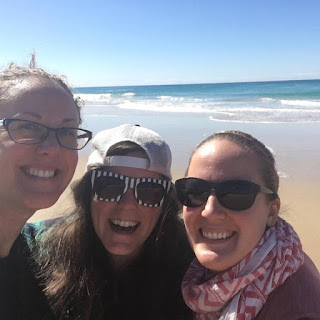 Whale not pictured, but this pic was taken in the moment after we saw it. It really did happen! And we took it as a sign of blessings to come.

The time in the Sunshine coast was warm and we had some great meals and moments of relaxation on the beach. We also took an awesome walk up to Noosa National Park and had one of the best meals of my life at a place appropriately called "The Spirit House."

Our trip came to an end in Sydney, which was a return to the more "winter weather" of rain and clouds, but each day the sun did peak out at just the right moments. On our very last day, we took a boat ride to Manly Beach from the Sydney Harbour. We spotted a very strong rainbow that lasted for most of our boat ride. I knew it was a sign of promises kept and blessings given on this journey Down Under. 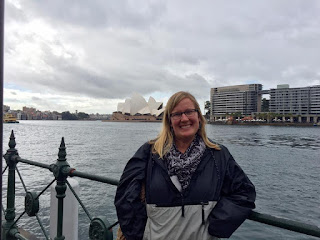 Some clouds, but also smiles in Sydney (with the Opera House behind me!) 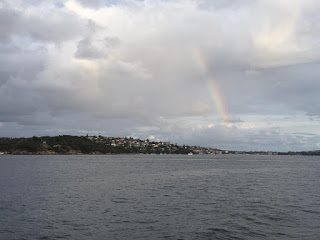 One of the many pics I took of our rainbow on our last day in this beautiful part of the world!

Though I'm still reflecting on it, this trip continues to remind me that we are in the Year of Mercy and God's Mercy is evident in so many ways. Through His blessings, through our battles, through forgiveness, through friends, through nature, through art (we saw some of the best art exhibits in Melbourne and in Sydney!). My prayer is to continue to reflect on His Mercy in my life and how I can grow in mercy myself.

I think I have mentioned that my parish here in RVA is doing an art show dedicated to this theme of Mercy. I have signed up to help and show at it, but I am so scared and unsure of if my art will be good enough. I never seemed to be satisfied with my art these days. I'm praying to be inspired, and if I can't come up with something that I feel confident with, I will at least help others exhibit their work at the show. So far, this is what I have come up with, though I want to continue to work on it and possibly another piece: 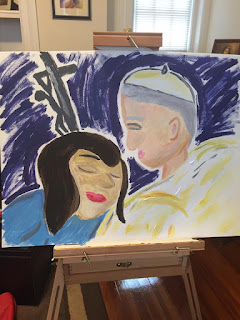 This is inspired by the woman with the oil who anointed Christ's feet and JP2 and Pope Francis- two of our exemplary merciful popes.

Perhaps I should just paint or work on something inspired by my friends who I took this most recent journey with. No doubt they have shown me mercy throughout the years and continue to teach me about God's Mercy in our lives: 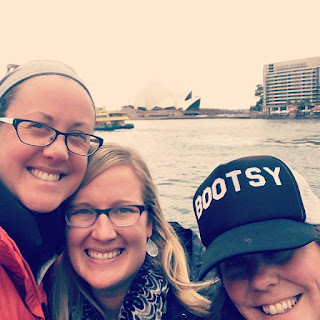 17 years of friendship and mercy...here's to many more moments of Love and Mercy to come.