Encountering God and Others in the Present Moment

I feel like I have been fighting time lately. January has already come and gone. It is mid-February. I had made the new year's resolution to continue my Advent and Christmas promise: to stay positive in the present moment. Like many new year's resolutions, I have already most certainly failed. But I never surrender. And so, like I said, I feel like I am fighting time. Trying to hold onto it so that I can keep my resolution.

But my resolution wasn't to hold on to the present moment, necessarily. It was to simply be present. I do still need to let go when the moments pass by. But like most letting go, it is difficult to do. It is difficult to realize that I may not have lived that moment fully, that the moment will and does pass.

I have come to realize that this is what I apparently do in February- think a lot. We are stuck inside with not a lot to do, it is cold, and the cold somehow paralyzes us. We are just waiting and praying for winter to be over and totally bitching about it in the meantime.

I was totally prepared to come to my prayer tonight and complain. Why does it seem like time is passing me by, Lord? Why are we all seemingly stuck inside just letting it pass us by?!

But, like what often happens to me when I go to God to bitch, He doesn't let me do it for long. Mainly because He often reminds me of His goodness and how the darkness has not and will not overcome it.

Tonight, when I went to my journal to unleash my wrath, I first took a look back at some entries from earlier this year. Probably because I couldn't truly believe that so much time has already passed.

Let me catch you all up on what the past six weeks or so have looked like:

I have taken a part time job at a winery. I think I knew from previous experience that I tend to get bored in the winter, so I was looking at Craigslist and pursued a couple of opportunities posted at some local wineries. I really enjoyed my interview (and the wine) at the winery that I am now working at, so I took the job and have been working off and on more a less once a week there. It's been good to get me out of the house, meet new people, and a generally just enjoy that part of VA and, oh yeah, the wine! 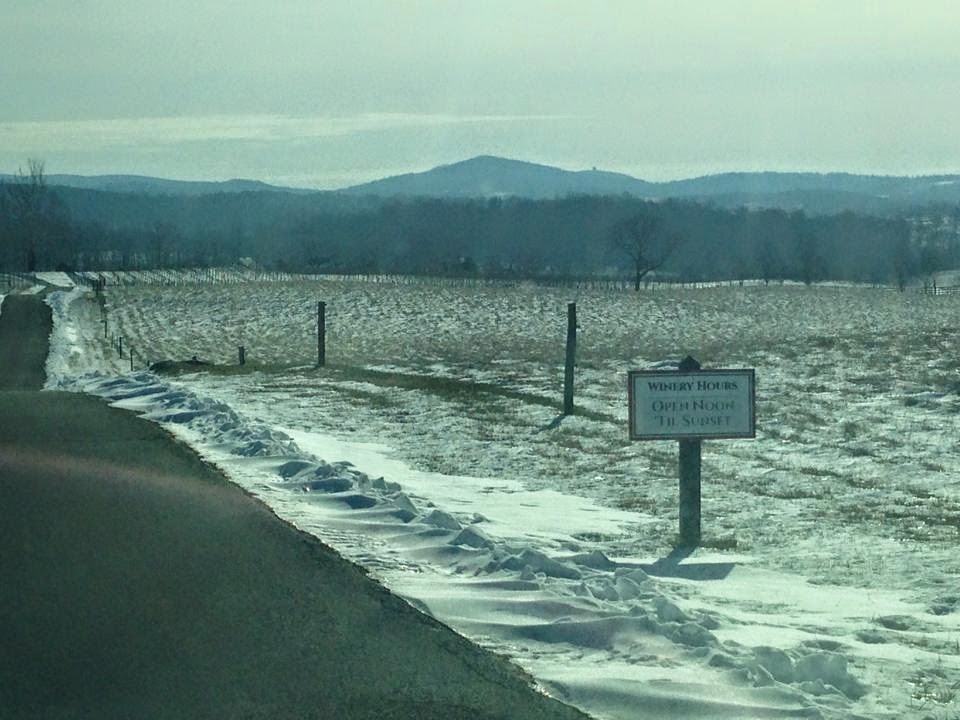 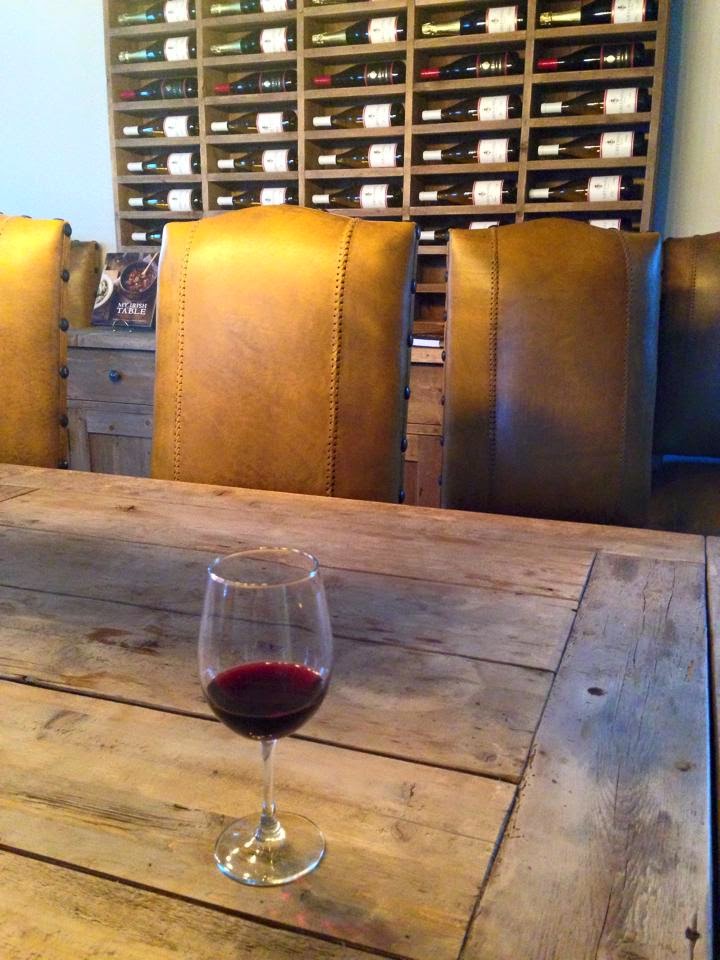 So that has been good for me and so far a very positive experience. But it probably has added to the fact that I have not had much time for reflection.

At my last women's group meeting in December, we had decided to bring back our annual retreat that we used to do with my spiritual director (see 2010, 2011, and 2012!). Instead of an overnight as we had done in the past, we made it a day retreat as now many people have kids and it is hard to get away for more than a few hours.

I also just realized this year that the Feast of St. Francis de Sales- the patron of the school that I work at- is Jan 24: the day right before my man, St. Paul's. It is so interesting how God brings these saints into my life... 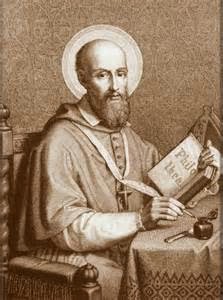 Apparently, I have a thing for dude saints with beards who like to write.

A couple of days before the retreat with my spiritual director, the staff at school had a Salesian retreat with an Oblate of St. Francis de Sales. He gave us the message: Live Jesus- How? Love Now. He had a lot of good things to say, but there was that theme of LOVE and theme of the present moment.

I am still processing the retreat that we had on the Conversion of St. Paul with my spiritual director. In many ways, it was similar to retreats we had done in the past, but in many ways it was different. It was a day retreat, so it was much shorter, and the messages that Father had for us were multi-faceted, but in a different way than they had been before. He focused much on our culture and also on gender- specifically on the roles of Mary and Joseph.

The topic of gender is a complicated one, it seems. I very much identify myself as a feminist. And I don't know why that is such a hot button word. It just means that I believe men and women should be treated equally and given equal opportunities and rights. I know that men and women are different. But it doesn't mean that we aren't equal.

When I teach the Creation stories from Genesis, we talk about the figurative language and the symbol of God creating woman from man. It doesn't mean that woman is lesser. The symbol represents that we are equal and meant to be in relationship. Men and women compliment one another because we are different and balance each other out.

Father spoke about how women tend to be stronger in suffering and that we need to be mindful of the virtue of courage. Mary, of course, is the model of this courage in suffering. But I think we all know that I struggle with Mary and her quiet strength. Both Mary and Joseph possess qualities that men and women alike need. We all should look to both of them for inspiration and guidance- namely because they encountered Jesus in a special and real way.

And that is what it came down to [the retreat and just life in general] for me: once again it is about our encounter with Jesus; just like Paul's encounter with Christ changed him. And the second part of that is how we let that encounter shape our encounter(s) with others.

Paul wrote to individuals and communities encouraging them and lifting them up when people were discouraged. He even did so while he himself was imprisoned. Mary and Joseph were in awe when they watched their Son encounter others. We can only assume that this encouraged them to treat others with the same respect and dignity that they saw their Son exhibit.

Father reminded us on retreat of something that I have been discussing with my students in these Creation stories: we need one another. Man and woman. Friend or foe. Student and Teacher. Parent and child. Man and Wife. Friends and Best Friends. We need one another to grow and reach our full potential ( I totally stole that full potential thing from a Vatican II doc...yay, grad school!)

So as I sit here and examine: "where has my time gone?" I need to think of it more as an examen (heh. See what I did there? If not, look into some St. Ignatius already, will you?):

Have I used my time wisely? When have I encountered Christ? How did I share Christ with others?

On that retreat, I realized how blessed that I was to have been sharing and encountering Christ with some of those people since I was 18. 15 years!!! Again, it makes me wonder: where has the time gone...

But I guess what I learned from my prayer tonight is that I shouldn't be concerned so much with the limits of time, but rather the limitlessness of our encounters with God and what they can produce. I also came up with a kind of cool way of thinking of Mary that might help me a little in my devotion to her: Mary, the Mother of Love. If God is Love, and she is the Mother of God, it makes sense. I like looking at her in this way. That is an attribute that I can always respect and desire.

May we BE present and Love in the present moment And may the present be about our encounters with God and with others.