The Elephant in the Room

When I was thinking about what to title this post, I thought of this idiom, but then was confused as to which was the actual, appropriate idiom involving pachyderms because we have many:

white elephant/Yankee Swap/I'm sure I'm missing another name for it...

and the title of this post and the appropriate idiom-

elephant in the room. 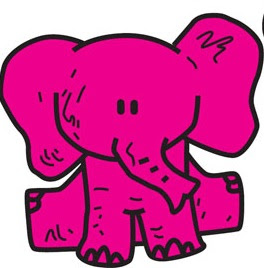 (Also, for a good laugh on how ridiculous the English language and our idioms are, check out this. It still makes me giggle every. time.)

So what is the illustrious elephant in the proverbial room of which I speak? It's something I have avoided outright mentioning on this blog because I haven't found it necessary or important enough, but now folks- today is the day I come clean...


Alright, I may have mentioned it before ,and many of you know me, so it's no big secret. I do feel, though, that talking about singledom is something no one wants to really do. There's a stigma around it for the person and for people in general, I feel. People don't like to say they are single (for the most part) and others are constantly trying to find ways for their single friends not to be any longer.

But what's the big deal? I've had more than a couple newsblogs or mags come across my email with a "single girl" hypothesis attached lately. Articles from the Times, etc all trying to unpack this mysterious single girl enigma.

Shoot, I've even heard talks by priests and theologians say that in not so many words single Catholic women in this generation are kind of screwed (or not so much. poor choice of words on my part. heh).

And I have to admit, I've brought the quandary to God myself since it seems I know many awesomely exceptional single Catholic women, but not as much so in the dude department.

Now, God has ALWAYS sent me the right people at the right time in my life. This would be a SCIENCE FACT (if it had anything to do with science. It doesn't). But I have known it to be true.

Well, we know the former question about bad things happening to be a fallacy and can often be explained to people: God is GOOD. But because of Original Sin, bad things happen. Also, sometimes God allows suffering to draw us closer to Him. Those are the truths.

So the same formula should be applied to dudes. If the first statement that God doesn't exist because bad things happen is FALSE, so then, ergo, hereto, therefore, hence, whathaveyou the latter question must also be FALSE.

To say that there are no good Catholic mens to be had is limiting our God's power and awesomeness. Am I right?! And while it can be true that the surplus of single Catholic gals could also be a result of Original Sin in society, it could also be God uniting us to Himself at this time.

So these articles that I mentioned that are trying to rationalize and justify and proove why so many single women are out there right now, they might have some truth, but I still hold to my truth. My God is great and has always provided.

Then why am I still single? Meh, honestly, I choose it to some extent. I like my SPACE. I like my freedom. And we all know how I feel about small children. I'm not in any rush. So apparently that puts me on the same page as God, and frankly, that's the only place I want to be.