Wonder and Awe- Christmas and Happy 2014!

Man, just like Advent before it, this Christmas season: I'm so into it! 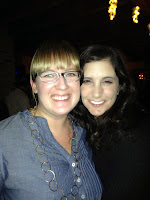 And I'm going to go ahead and pat myself on the back for planning a pretty awesome Christmas break for myself. If there is anything I love in this life it is using time efficiently and a well executed plan. No, but seriously. I know that sounds dull and nerdy, but that is a reality.

After finishing up the week of midterms and last week of school, I headed to Ohio to spend some time with old friends and the fam. I went to one of my dad's gigs with a high school friend. You didn't know that my dad could pack the house and bring it down with his mad musical skills, did you? Well, now you do. Please see below. 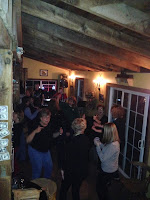 Speaking of my parents, this coming weekend, on the Feast of the Epiphany, my parents will celebrate their 40th wedding anniversary. I can't describe how proud and happy for my parents that I am. In today's world where everyone just does what they want and is afraid to commit, my parents have self-sacrificed for my sister and I and for each other. I know that it has not always been easy, but they have always worked and fought for what was right and they have taught me how to persevere for things that really matter. So even though I've since returned from Ohio once on this break, I'm going back to celebrate and honor them and their marriage this weekend. 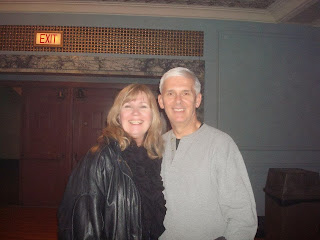 I mean, how cute are they?

Okay, but before I get too ahead of myself, I spent some time in Ohio. A week to be exact, before returning to VA and getting to spend end 2013 and begin 2014 with some of my current VA and East Coast friends. (I also am going to go ahead and say we looked pretty good when we were ringing in 2014, not gonna lie. Here I am dolled up in Atlantic City with some friends this New Year's Eve): 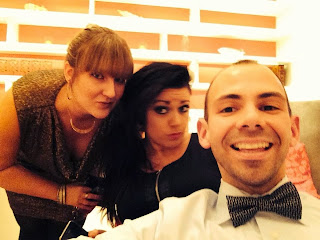 It's all about the sassy selfie these days.

But I'm getting ahead of myself again! Ugh. Okay, while I was home I got to spend a lot of time with friends and family, like I said. I also got to take some time in prayer and focus on that "being still in the present moment" resolution that I had made during Advent. 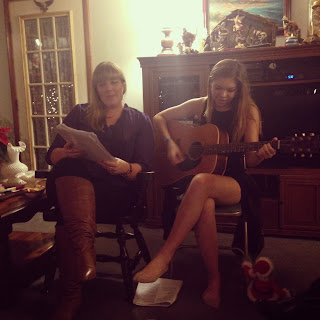 The Christmas sing-a-long is an honored tradition in my musical family. Here's a cousin and I leading the others with our inherited talents. 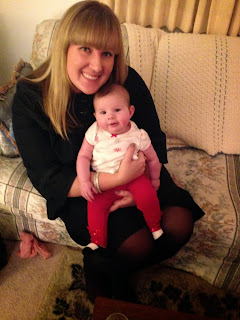 There were also so many babies this Christmas. SO many. Here's me with just one of many.

On the feast of St. John the Beloved (Dec. 27) I got to go to one of my favorite chapels in Ohio and reflect on one of my favorite saints. St. John (as I'm sure I've mentioned before because there is nothing new under the sun or in this blog) has kind of followed me around in my life. He's the namesake of many of my male relatives, the namesake of the first parish I worked for at my first job, and also the patron of not one, not two, but THREE of the parishes I have belonged to in my day. He's also one of my favorite evangelists/epistle writers AND I got to see where he was exiled during my trip to Greece. Needless to say, St. John is a fave. 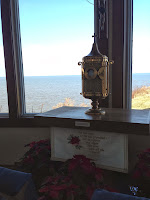 As I spent time in that chapel on John's feast day, I recommitted to the resolution I had made during Advent: to be still and present in every moment. Since this is the first year in a while where I don't have anything on any kind of agenda, I hopefully will be able to practice what I have been reflecting on for months now- being holy and present to each opportunity in the present moment. That means throwing myself fully into every aspect of my job, every opportunity, and every relationship that I believe God has put before me.

I love this picture of St. John the Beloved below- it is kind of exactly how I picture the "beloved disciple" and I also like to picture myself at times just resting in the arms of Jesus. Usually that image of rest comes after I can't 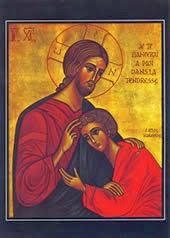 run or hide from Him any longer (think Jonah minus the whale)...I think John the Beloved was probably a little more forth coming and willing to follow Jesus than that, but whatevs. All that to say that I like and can relate to this picture.

You may also remember that I had been praying for a saint, particularly a female one, that I could pray to and get to know a little better. WELL, I've found her! St. Hildegard of Bingen is my new BFF and also one of the newest female doctors of the Church (named by Benedict XVI, I believe in 2011ish). I had been praying, like I said, for a saint to kind of present herself to me and I kept hearing of late about this newly appointed doctor. She's from the Middle Ages, wrote poems, had visions, wrote liturgical music, and is a mystic. She also was allowed to preach and traveled around speaking to people and evangelizing. A woman! In the Middle Ages! Allowed to speak and preach to large crowds! The feminist in me loves it. I've been reading a book that includes some of her poetry, accounts of her mystical visions, and a little about her life and I just find her so inspiring, especially for a woman of that time period. So be on the lookout for more to come from me about her: 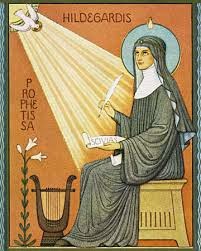 Okay, so: Exams then Ohio, Christmas, back to VA, Atlantic City for New Year's, VA again and back once more to Ohio this weekend. That's a good couple of weeks planned and spent, amirite???

And that brings me to the present. Today, I was praying and struck by the nativity scene that was still up (because it's still Christmas until the feast of the Baptism of the Lord in mid-January! Sunday after the Epiphany!) and I realized I hadn't seen very many creches this season.

All of the figures- the Holy Family (which the feast for the Holy Family was last Sunday- also such a beautiful feast with much fruitful reflection! So many great feasts during the Christmas season!), the shepherds, the animals and the guests of honor this weekend- the Magi- were all turned towards the baby Jesus: 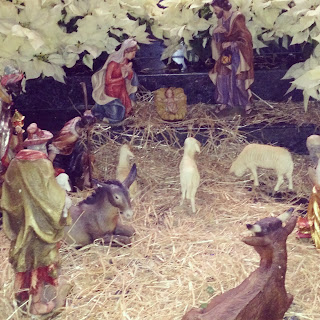 (Okay, so there's one rogue donkey not looking at Jesus, but you know how donkeys are...)

I just thought that this is what Christmas is about- all of us looking towards the gift God has given us- His Son, our Savior. And that's when the title for this blog post popped in my head. Christmas is about Wonder and Awe- one of the gifts of the Holy Spirit (Fear of the Lord, really, but Wonder and Awe kind of sounds better :)- and that's what I will hope to focus on this weekend as I wonder and awe at my parents' 40 years of marriage, a new year full of God's possibilities, and hopefully each and every moment that God gives me.