I had one of my very dearest friends in town last weekend to come and see a show with me. This girl (though she will say we were not really friends until we life-guarded together my first summer in college) grew up where I did, went to the same schools as I did, and we were in youth group together. We have traveled together and she even came to stay with me when I lived with the sisters in the convent! She wins.

We are very similar- strong willed, well educated, quick witted, and we love us some Jesus and good music. 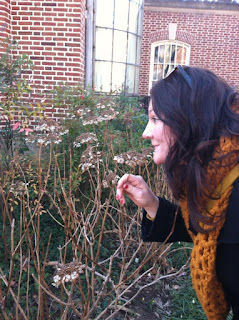 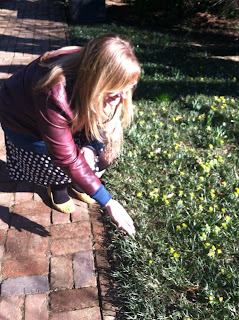 We even make going to visit gardens in the dead of winter fun!

When my friend was here, she was talking about how *excited* she was for Lent. Like, genuinely excited. All I could do was wrinkle my nose. I'm more of an Easter girl, myself. I love the drama of Holy Week and then the celebration of the Easter 50, which all leads to my FAVORITE day of Pentecost, as we know.

My women's prayer group also met last week and so we naturally reflected on Lent, too. And we discussed some of our "best fasts of Lents past" which led me to reflect on:

Each year with my students, I do a Lenten reflection on the gospel from Ash Wed: Matthew 6:1-6;16-18. Prayer, Fasting, and Almsgiving. And each year I try to steal some of their ideas for what they are going to do for each :)

No, but seriously, they come up with some great ideas! One girl suggested she fast from not using her phone after 7pm. My geriatric self is practically in bed watching Wheel of Fortune in my snuggie at that time of night, but I know teens will start their idle text chatter and snap chat nonsense that carries well into the early AM at that time. I thought that was a really good idea for teens!

Even though, Matt 6:1-6:16-18 suggests that we don't go on and on about our fasts and observances, I do think it's interesting to share what we are observing for Lent with others. And so I will, as is now tradition on this blog, share my Lenten observances with you.

I was going back and forth about what to give up this year. I went to spiritual direction and Father and I agreed that I could give something up that I wanted to eliminate from my life (like swearing or gossip) but that I also should perhaps give up something that I could *celebrate* with on Easter. (For example, no one wants to give their Easter Alleluia by swearing up a storm just 'cause you now can again!). And so, I've given up gossip and particularly texting gossip. You may remember one year I gave up gossip, so this is the upgraded 2.0 version.  I've also given up beer and wine so that I can truly celebrate with something on Easter!

For almsgiving, I always try to be a little more charitable and patient with those around me (though I don't know if I'm succeeding thus far) and this year I'm also praying for the women in my women's group and their intentions. These women surprised me at the end of our meeting last week to tell me they were saying a Memorare each day for the next month or so for *me* leading up until my comps! I was sooo touched! And so I've joined in their extended novena by offering up my prayers for their intentions.

I'm also doing a kind of cool thing that my SD came up with me for prayer, but I don't know if it's worth explaining on my blog :) Maybe once I start to see the fruits of it I will share, but it's kind of tailor-made for me...prayer couture, if you will. Oooo! Get that phrase trending!! #PrayerCouture. I'm very fancy.

As I sat in Mass this first Sunday of Lent, I was really struck by the liturgy. As a music minister, I know that we are not supposed to do as much with music during Lent. And the parish I attended yesterday took this very seriously. And it was pretty cool, actually. The psalm was done acapella. The offertory was just piano, and there was no recessional song. Just silence. It reminded me of how are liturgy is supposed to help us enter into the season.

And then I began to think like my friend. Maybe Lent is pretty cool. It's kind of a mysterious time and certainly sacred. I'm going on another Kairos retreat this week and then going to Richmond this weekend- two of my favorite things! And the retreat will definitely be a great way to begin the Lenten season.

What have been some of your most fruitful Lents? What made them fruitful?
Now is the acceptable time!