Grace and Dependence: The Continuation of Happiness

If you follow me on Twitter or Facebook, you most likely know what I have been up to and can probably guess what this post is going to be about: I just returned from (as my aunt called it) "the trip of a lifetime." 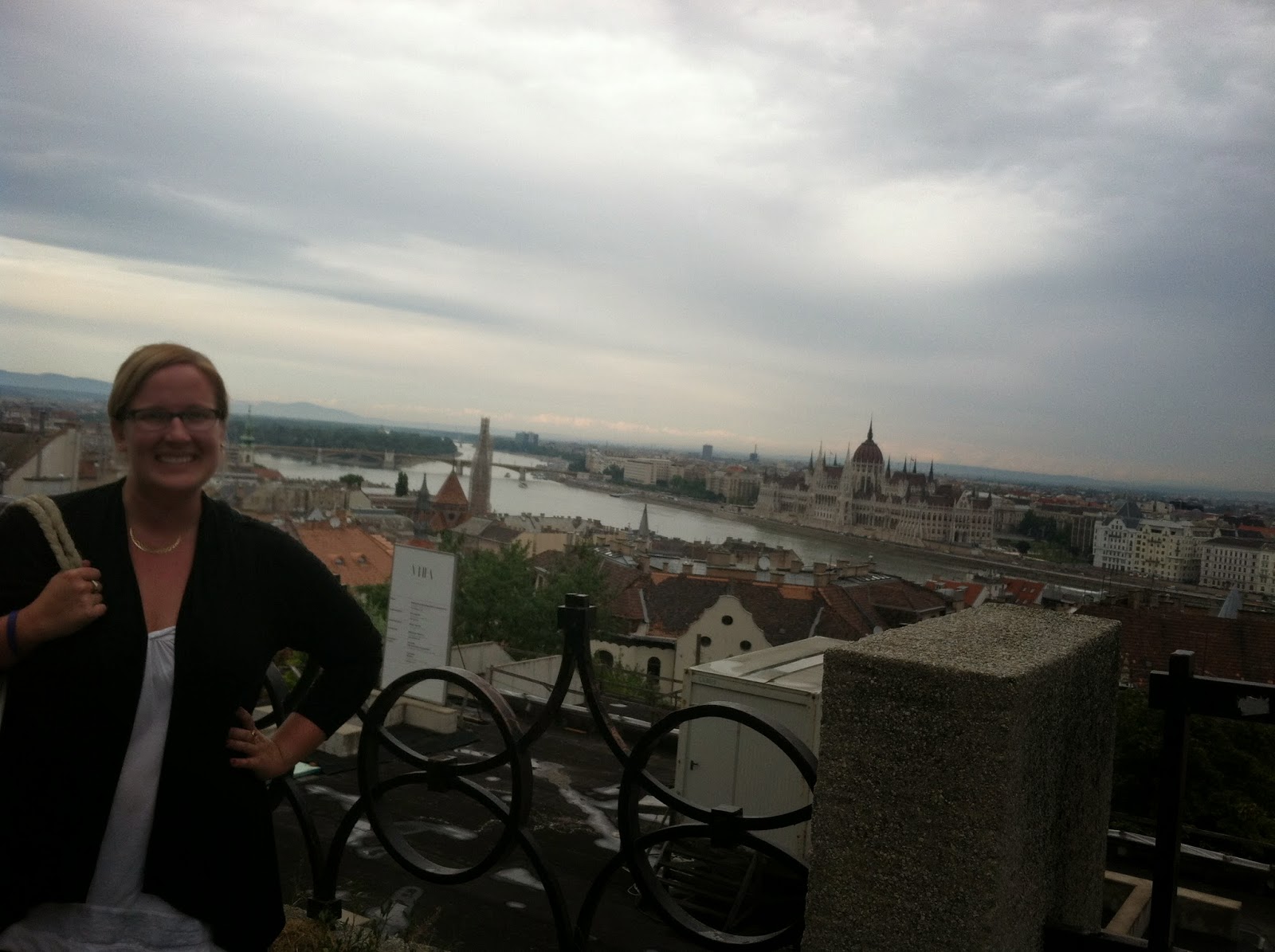 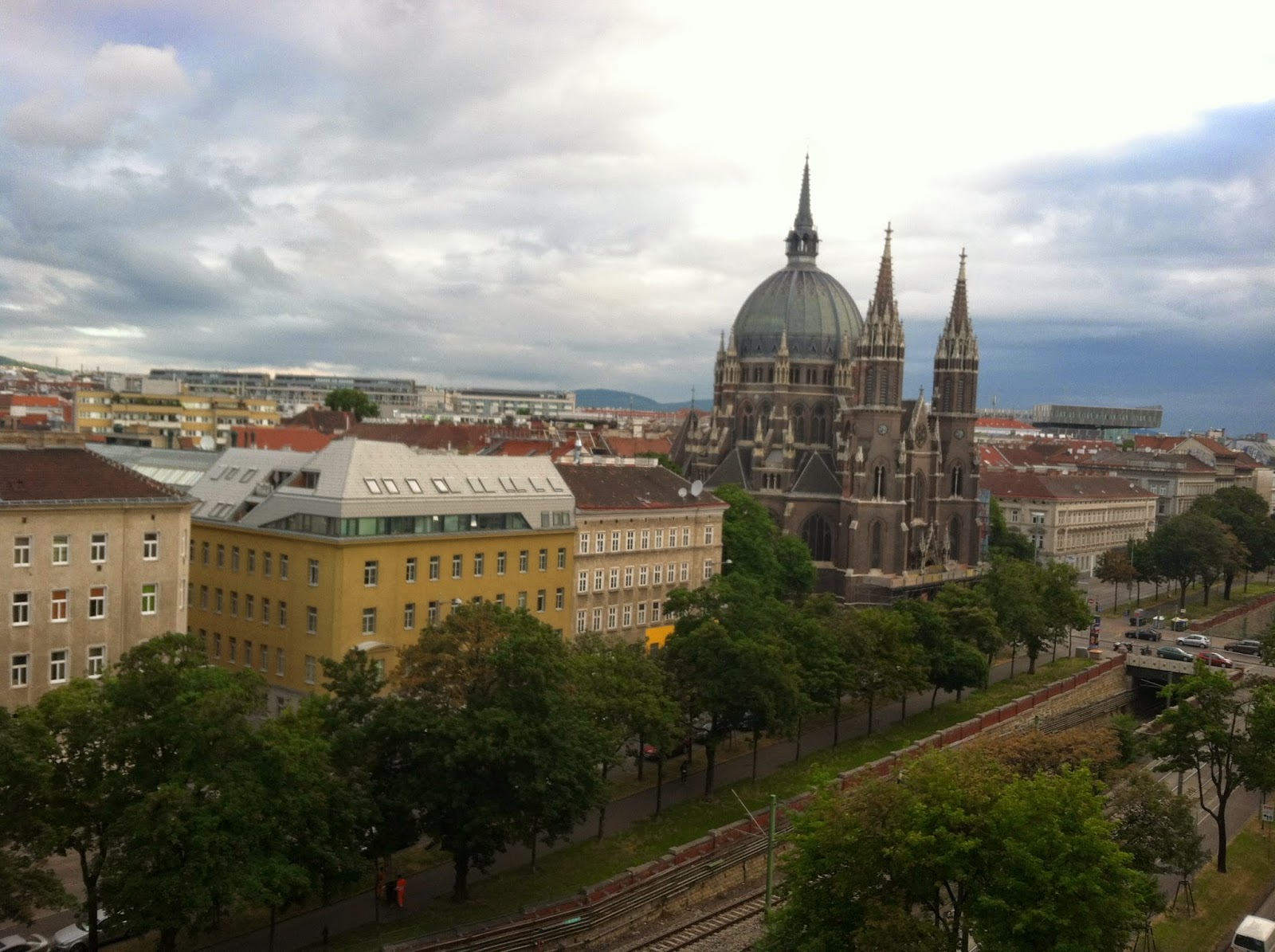 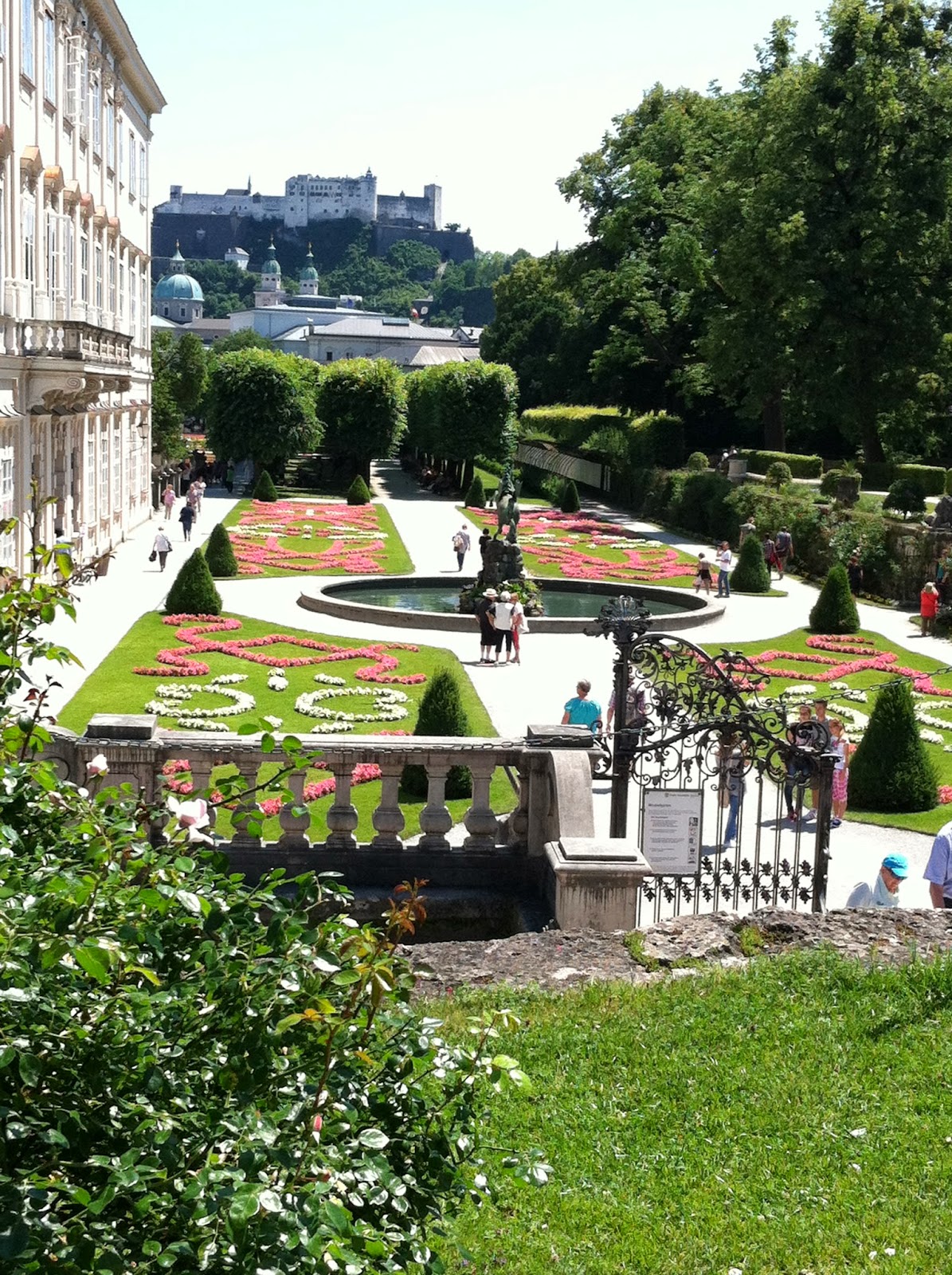 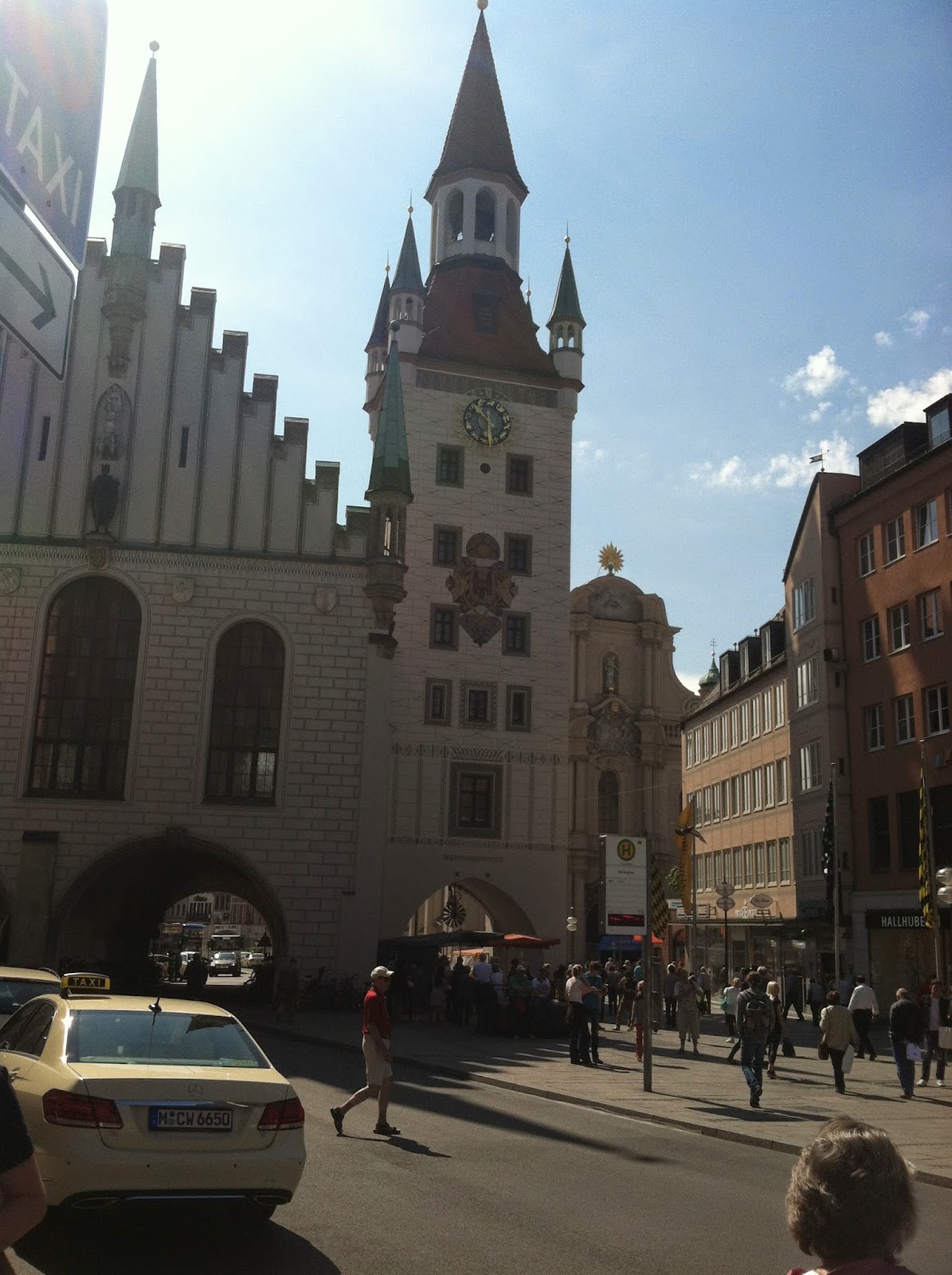 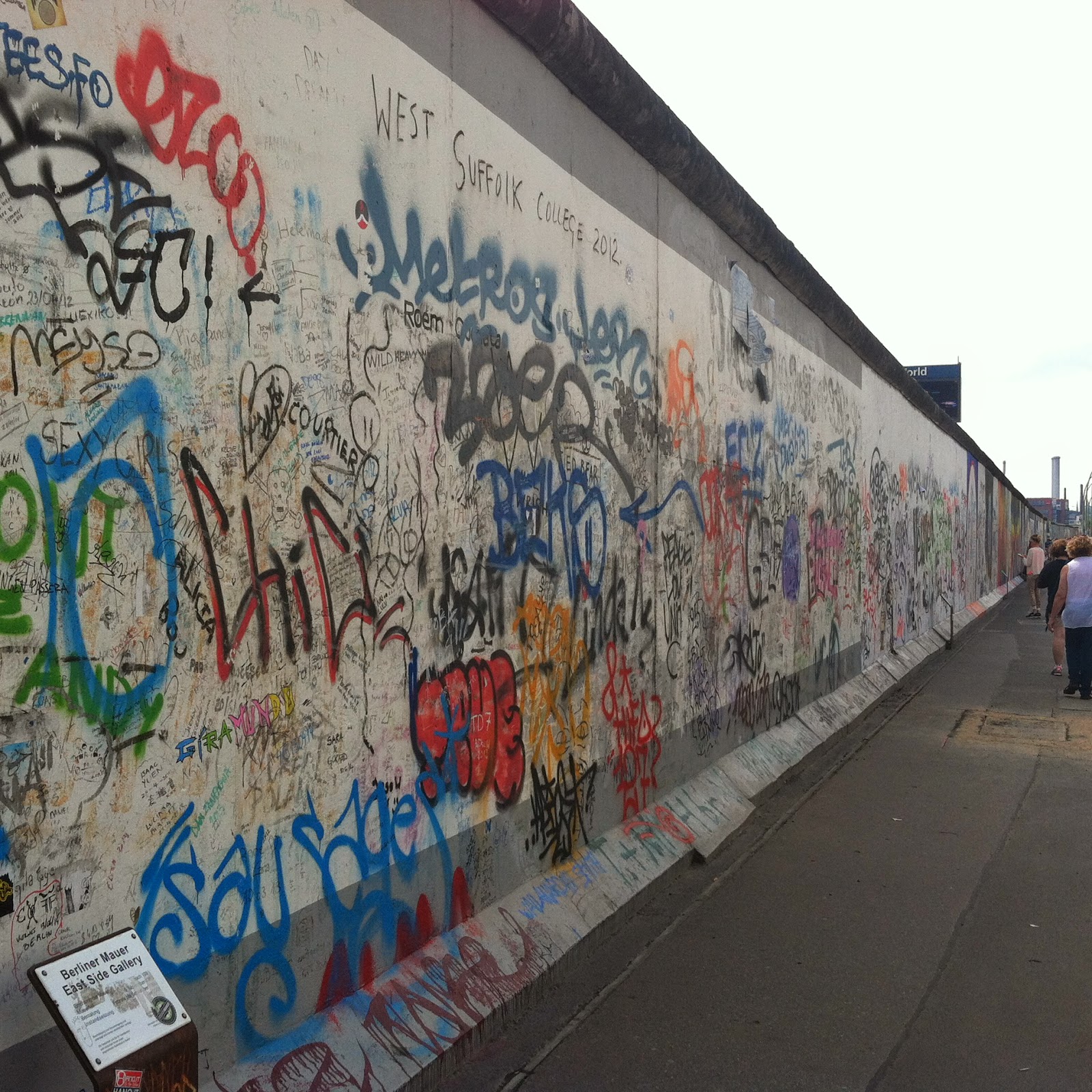 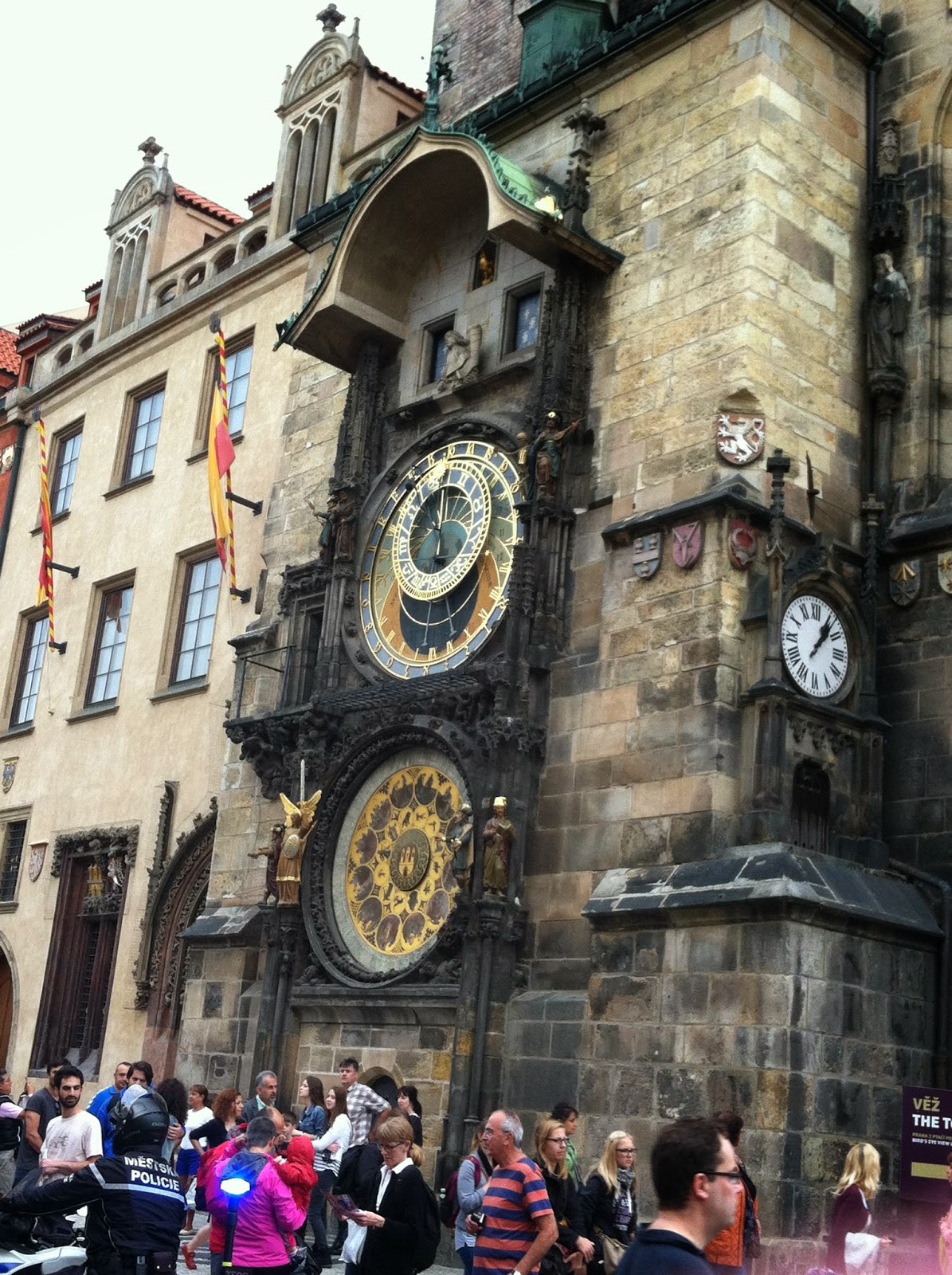 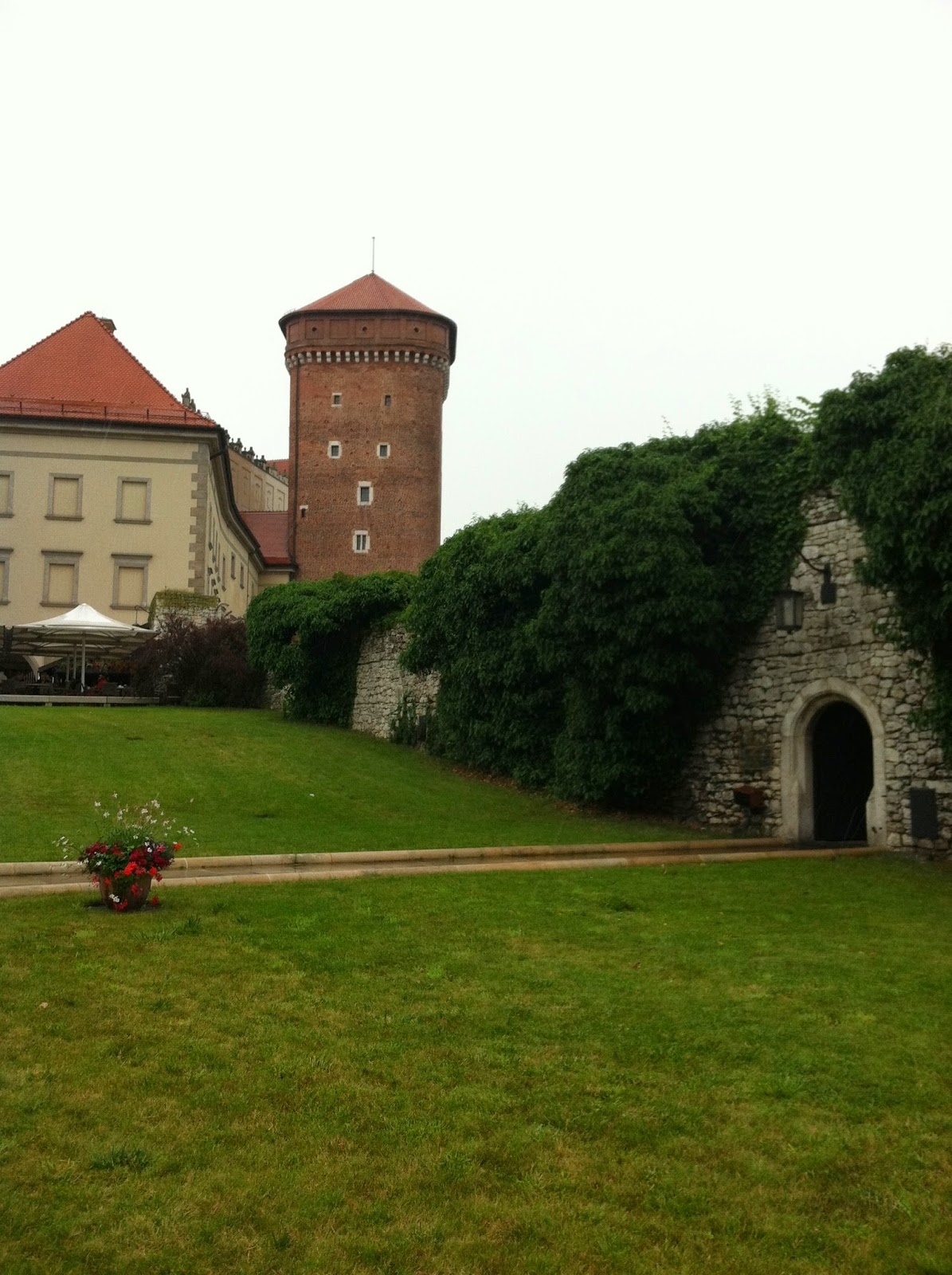 My teacher friend and I had planned this trip in the winter from hell in hopes that we would have something to get us through the tough season. I don't think we even realized what an amazing trip we had planned and the grace and happiness that it would truly bring.

We chose to fly into Budapest because it was the cheapest location central to some of the places on our list to travel. Budapest totally took us by surprise as it is a beautiful city. After a really long 24 hrs or so of travel, our adrenaline kept us up at least long enough to explore the city before we took off the next day for Vienna (a place that I had traveled before and fallen in love with long ago).

One of my favorite moments that first day in Budapest was exploring across the Chain Bridge and turning around to see this amazing view: 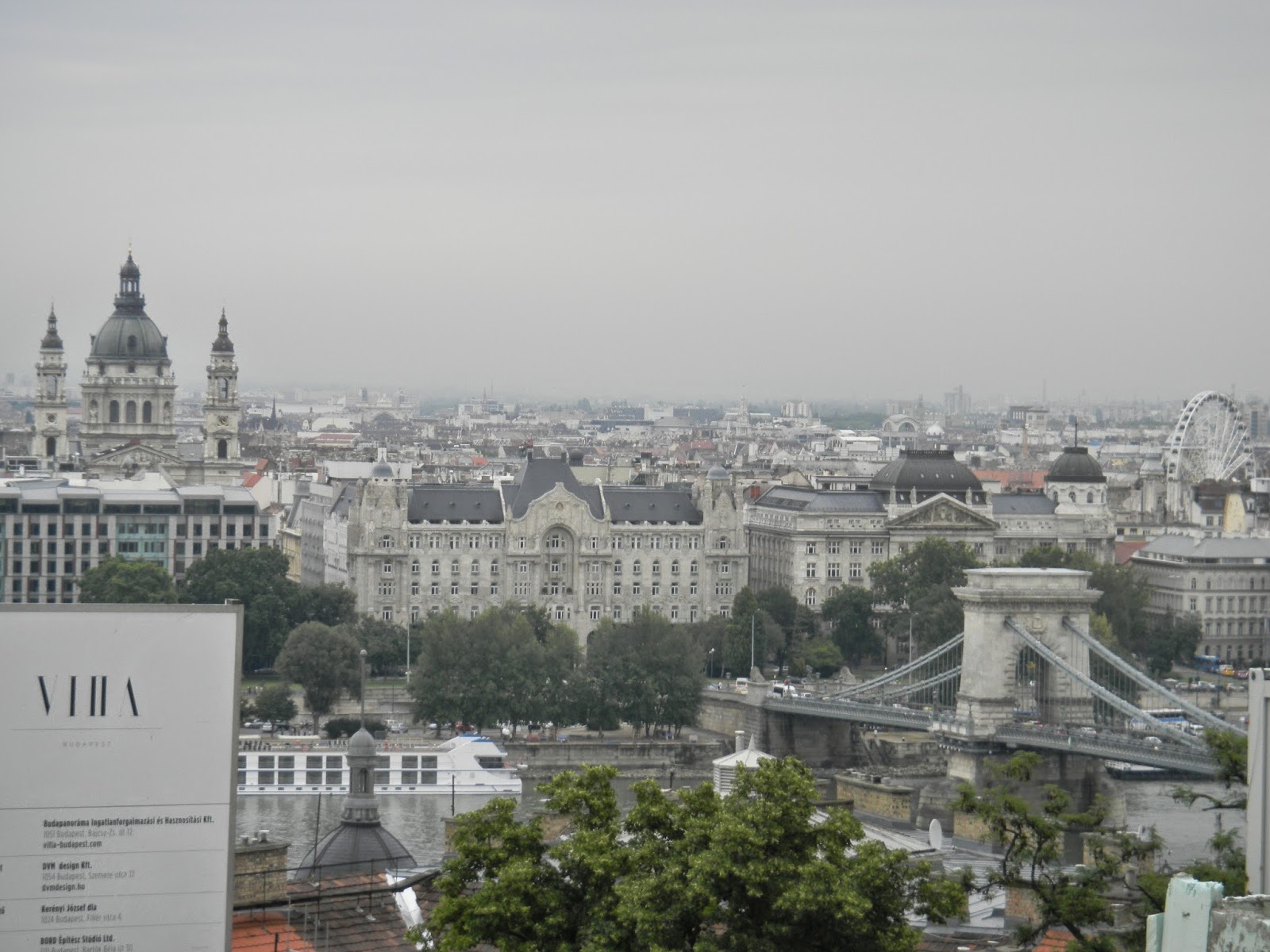 I was glad that we would get to return to Budapest at the end of our trip to explore and take in more.

We left the next day for Vienna. Oh, and did I mention we rented a car in Budapest as our plan was to drive through all of these great places? We had looked into trains and buses and polled some friends before we left and decided that the road trip would be the best, er, route. We had no real idea, though, if we could manage it without getting lost, the car stolen, or some other potential terrible thing that renting a car might bring upon us. We just put our trust in the Lord and in each other's abilities to get us through and to our pleasant surprise, the journey went without a hitch!

Well, except in Vienna. We arrived a little later because we hadn't quite figured out the GPS and it took us the rural way instead of the highway. But we got to see some of Bratislava, Slovakia, on our journey and we also learned that my friend is MUCH better with maps than I as we toured Vienna. She helped us find the main sites that we wanted to see. Unfortunately, because it took us a while to get to Vienna and figure all of this out, we didn't have as much time as we would've liked there. But we did get to see all of this: 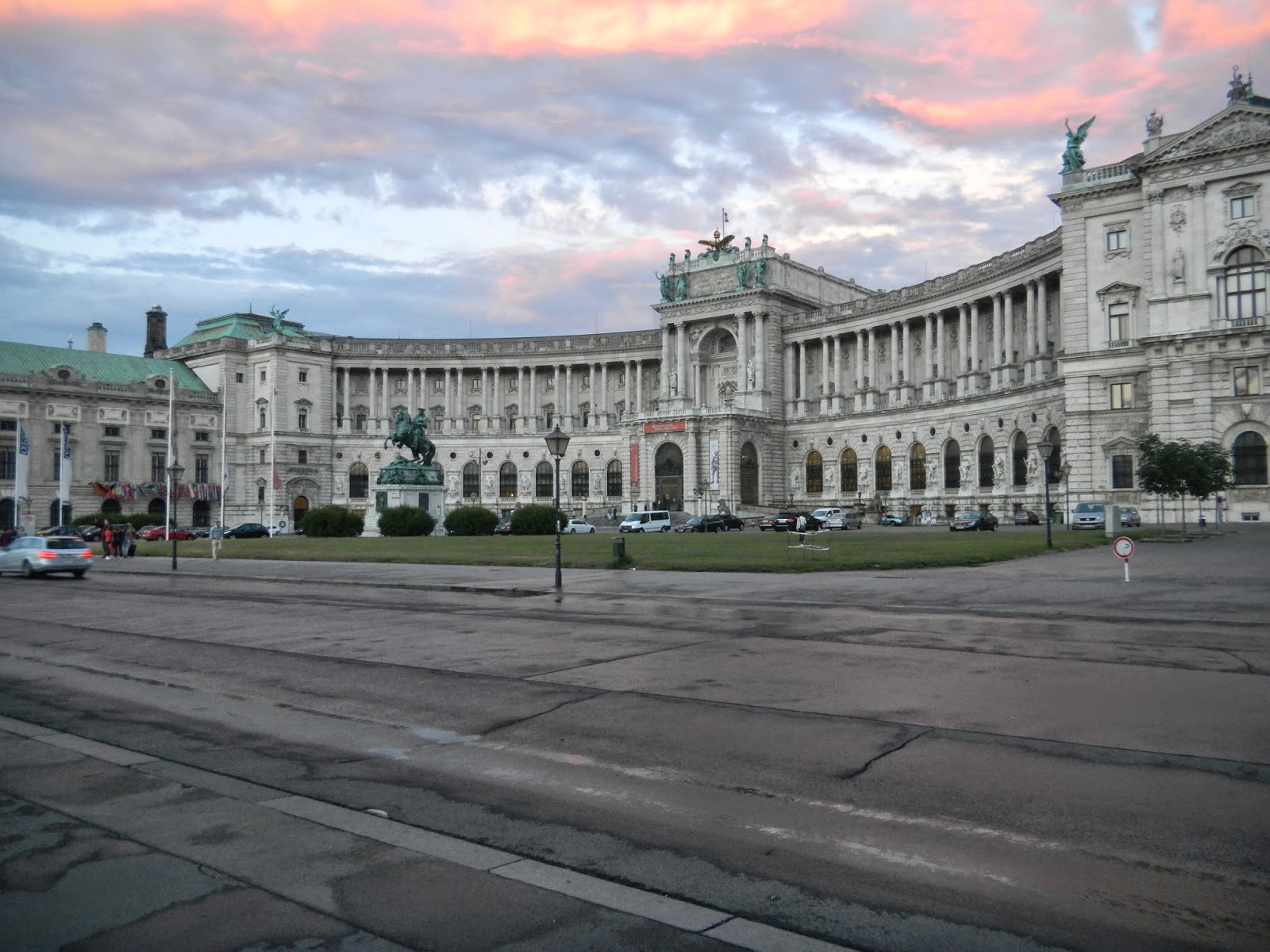 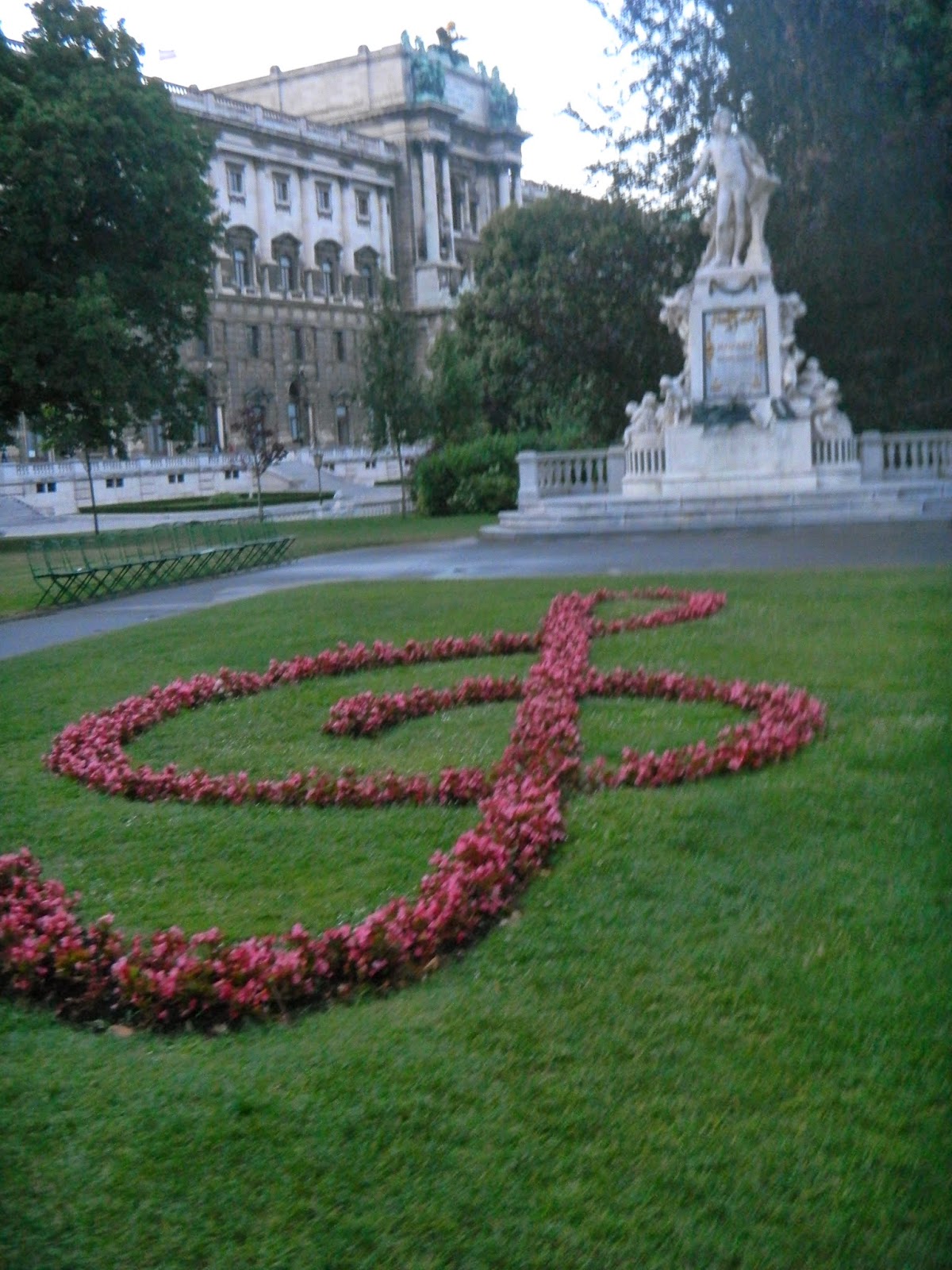 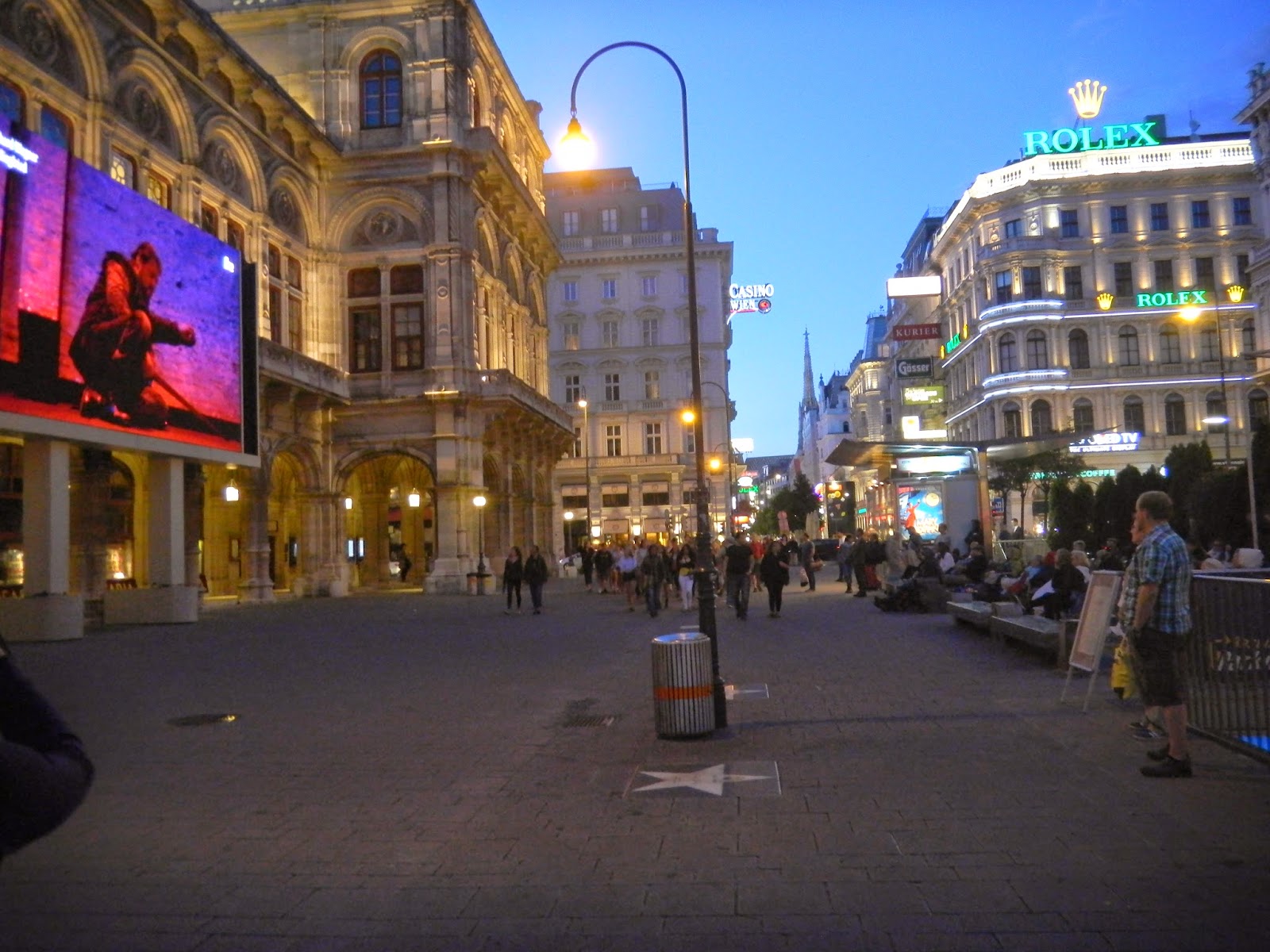 I had been to Austria before, but my friend really wanted to go to Salzburg, which was on our way up to Germany, so we spent a day there. It really is one of the most beautiful cities that I've been to and I'm amazed that I am so blessed that I have been there twice now in my life: 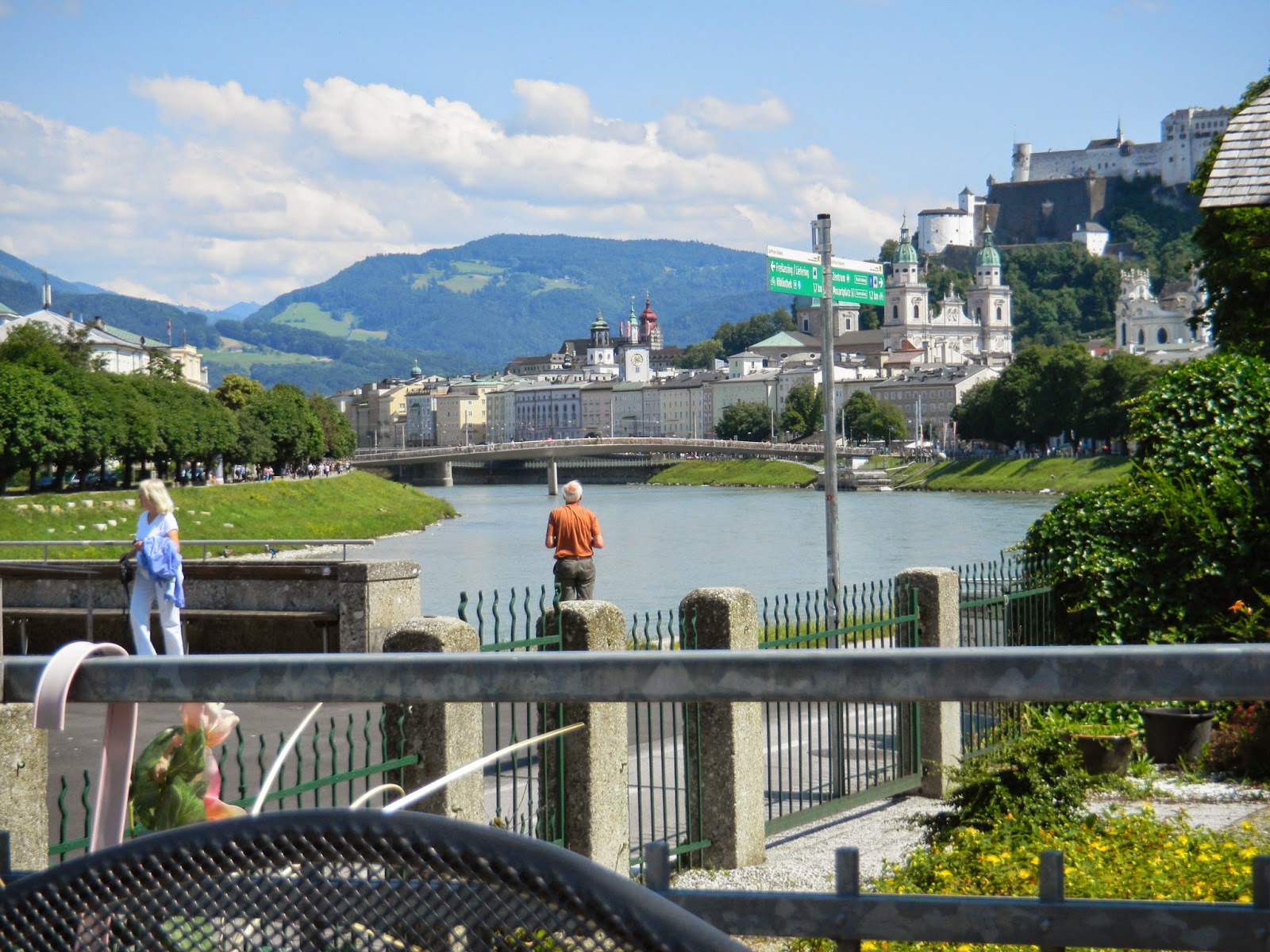 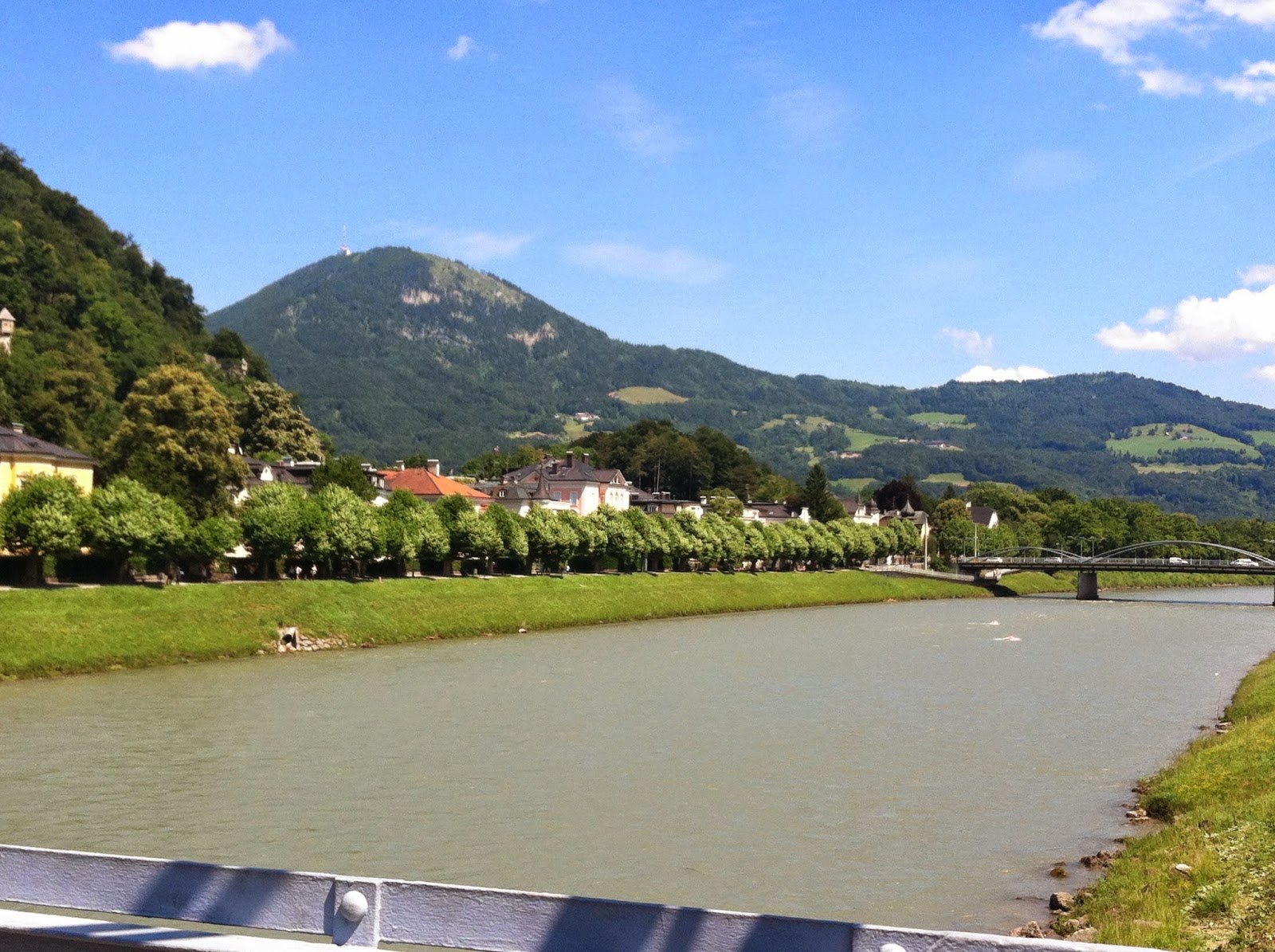 The hills are truly alive in Salzburg!

From Salzburg, we did a quick dash to Munich and saw some cool buildings and churches which made me think that Disney's version of Germany is probably modeled after Munich: 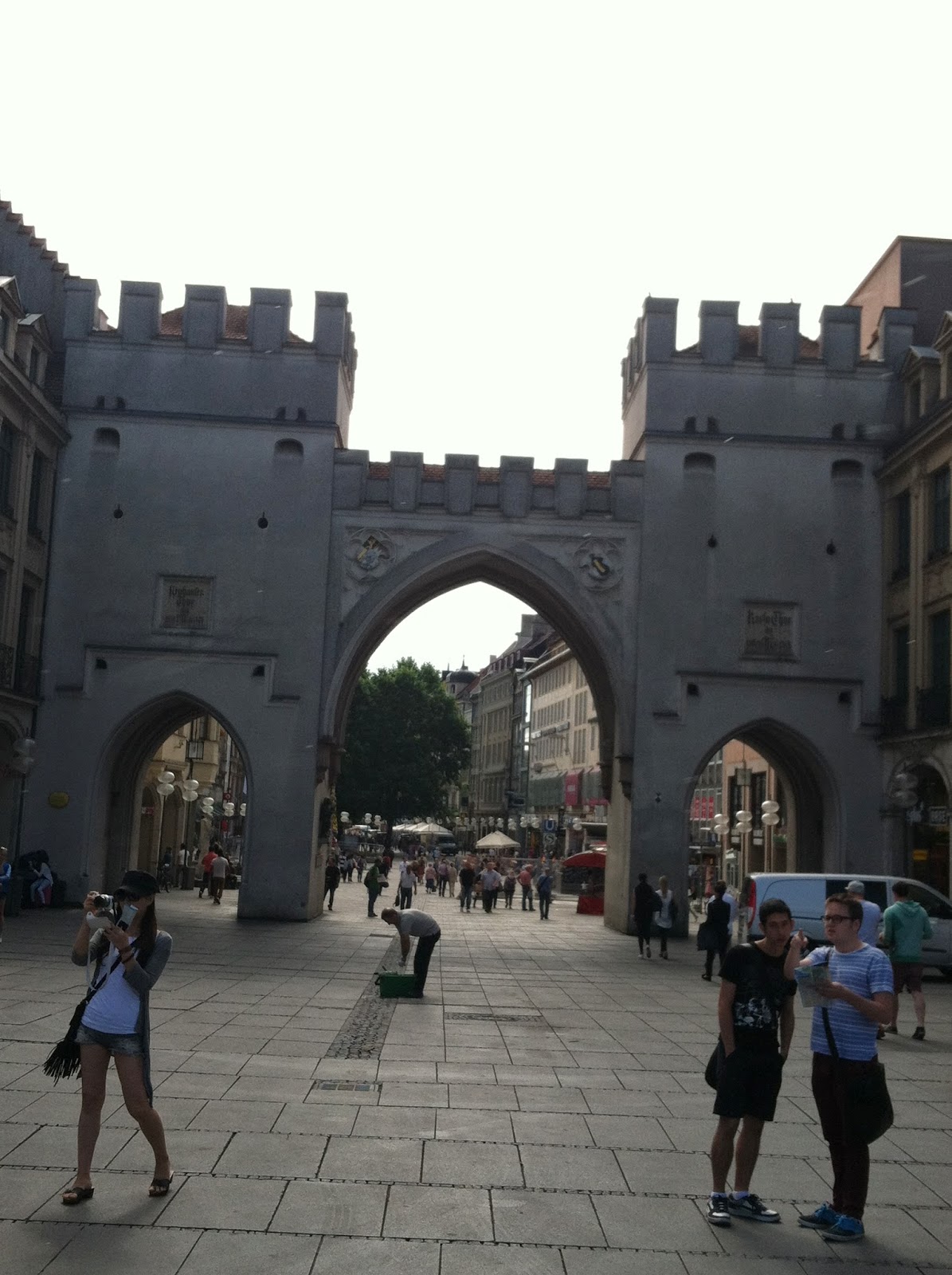 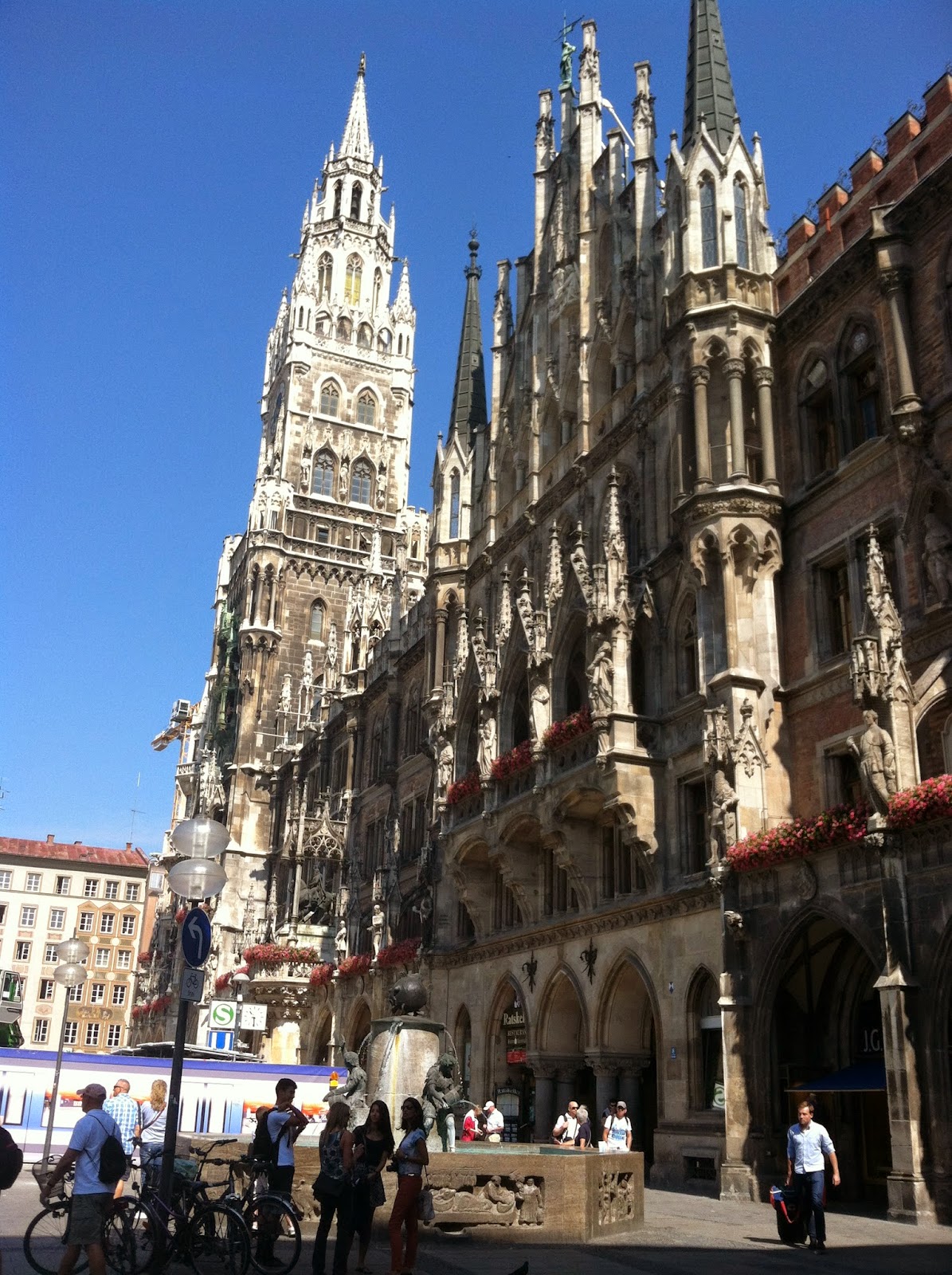 Berlin was one of my favorite cities on the trip. We spent 2 nights there (as opposed to our quick one day, one night in each city) and took a walking tour which took us to some really eye opening places: the parking lot that now exists above Hitler's bunker, the Berlin Wall, Checkpoint Charlie, the book burning plaza...there is so much of our modern history in Berlin which made it one of the most interesting places for me. It was also interesting to see how the city is responding to these recent moments in history. Art has really flourished as a result (just another reason why I enjoyed the city so much and hope to return). Also, currywurst isn't terrible :) 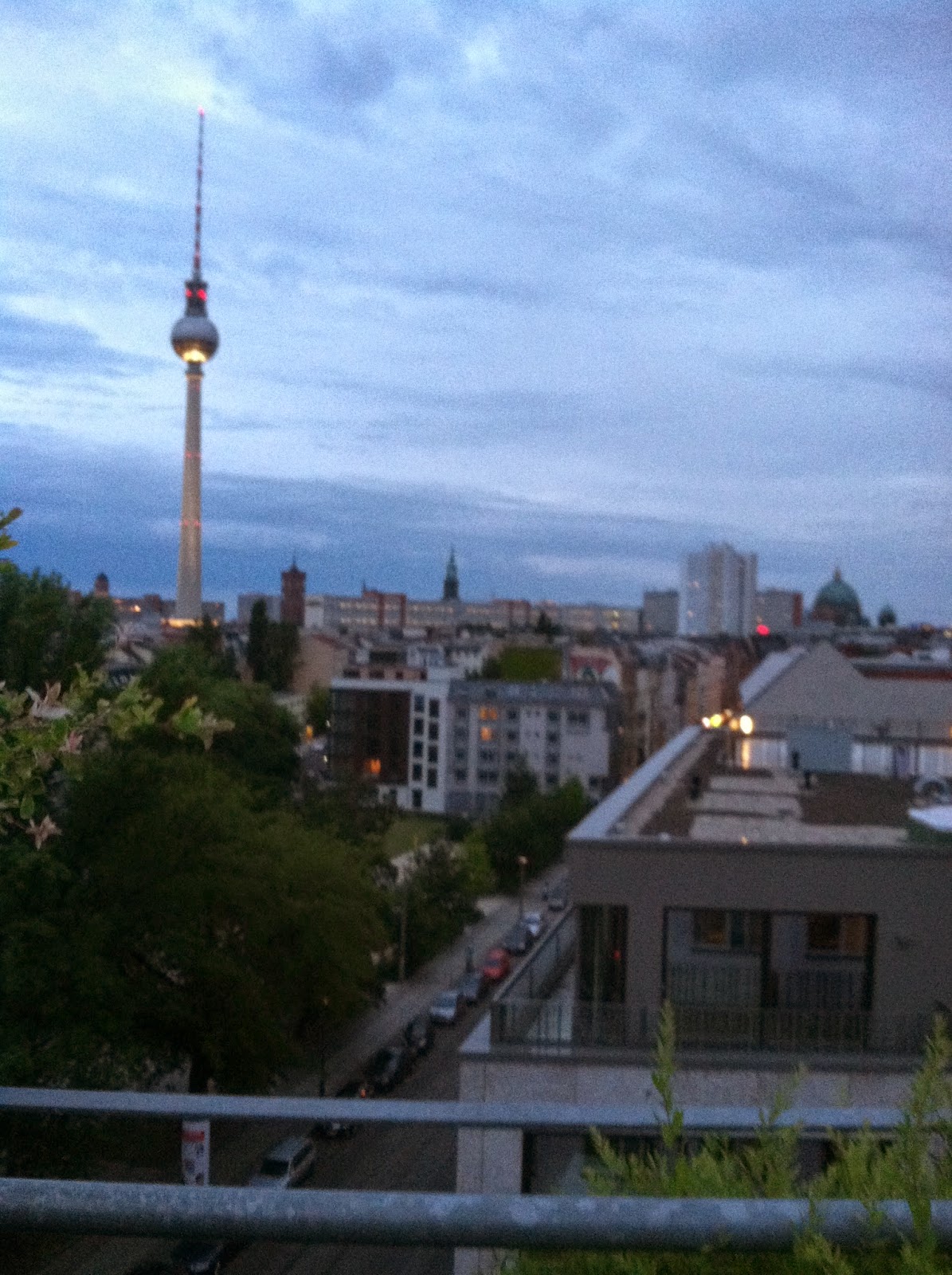 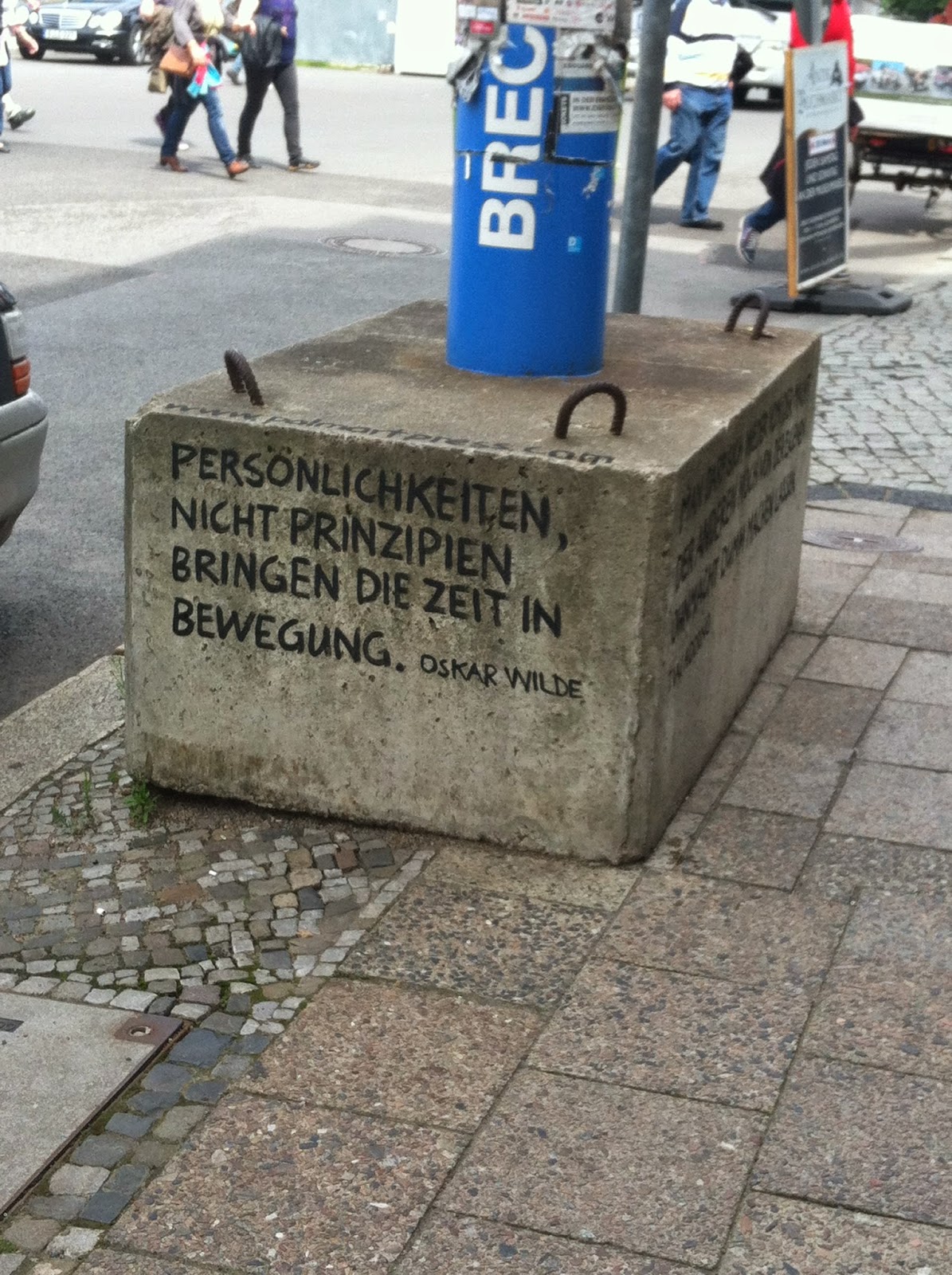 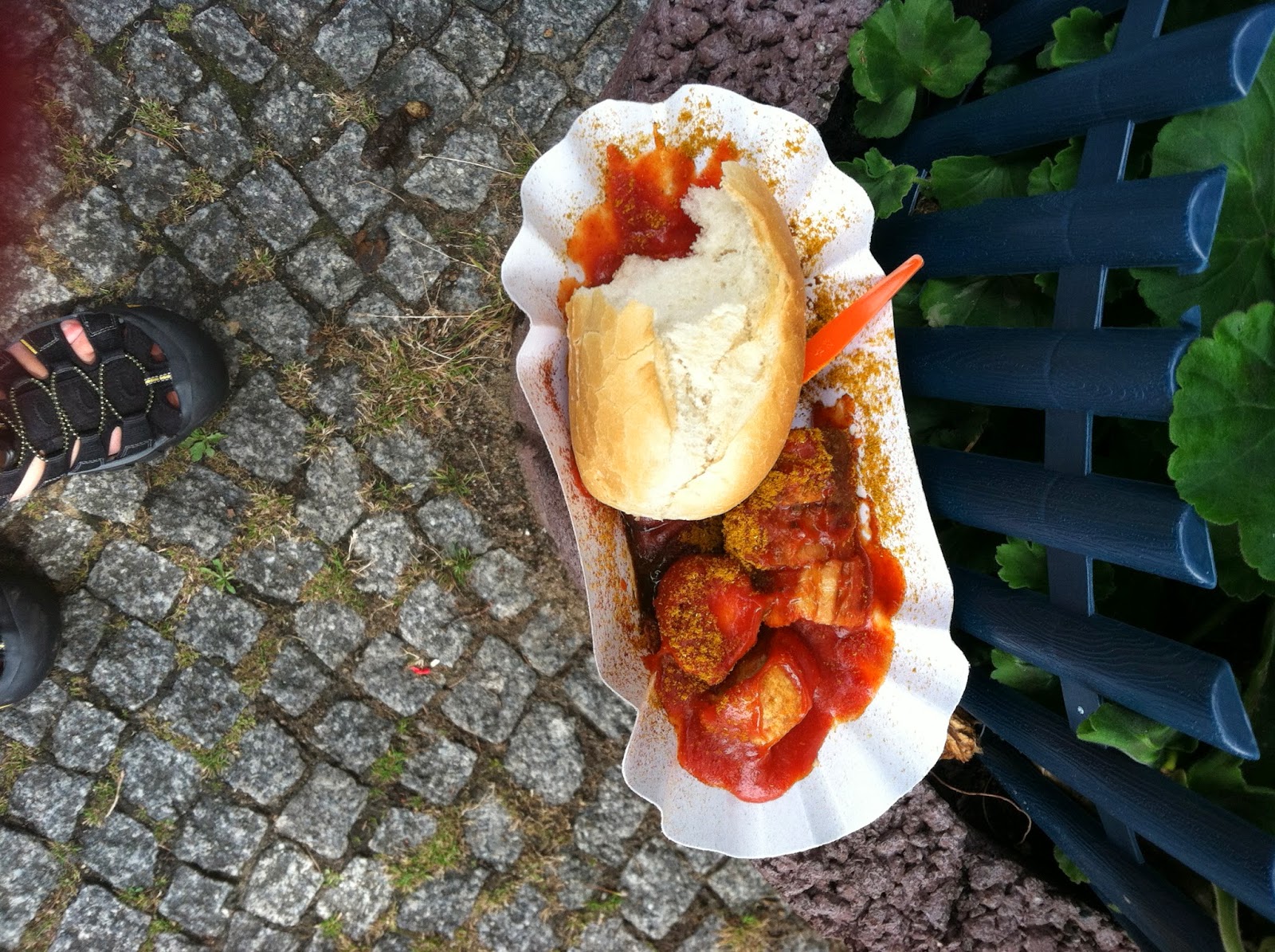 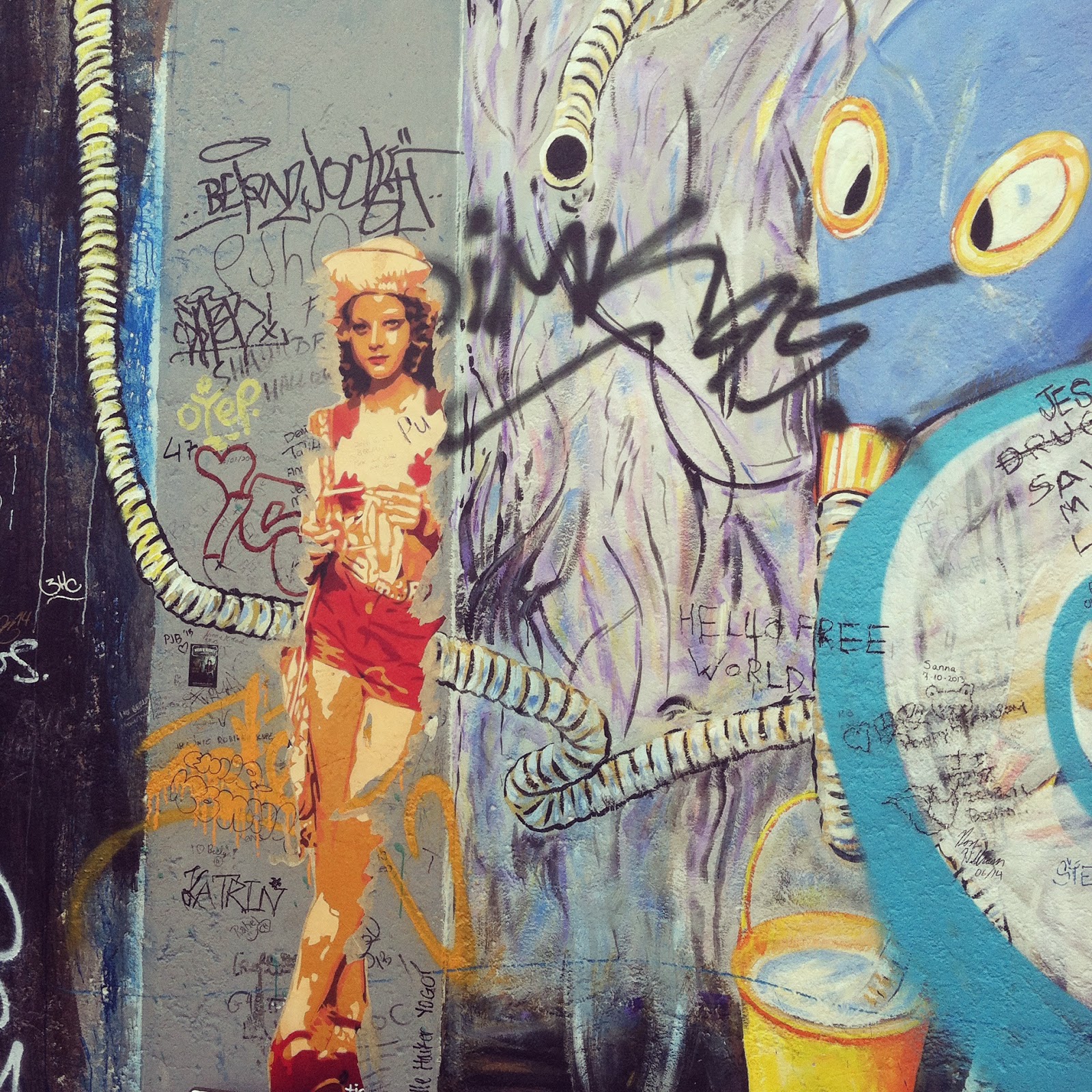 art on the Berlin Wall.

After the weekend in Berlin, we journeyed to Prague. And for me, this is where the spiritual portion of the journey sets in :)

We traveled to Prague on the Feast of St. Paul. We all know about my relationship/lovefest with St. Paul. We arrived in Prague and were a little overwhelmed by the city. I had heard that it was touristy, but it was much larger of a city that we had anticipated and our hostel was in "New Prague" as opposed to the more touristy "Old Prauge." We weren't sure what Prague had in store for us, but as we ventured towards the Old Town, we discovered the Prague that we had imagined and took a walking tour with our tour guide who became a new friend. OH and his name was PAUL. I took that as the first in a series of signs that God had got this trip and also all of the intentions that I had been carrying with me. 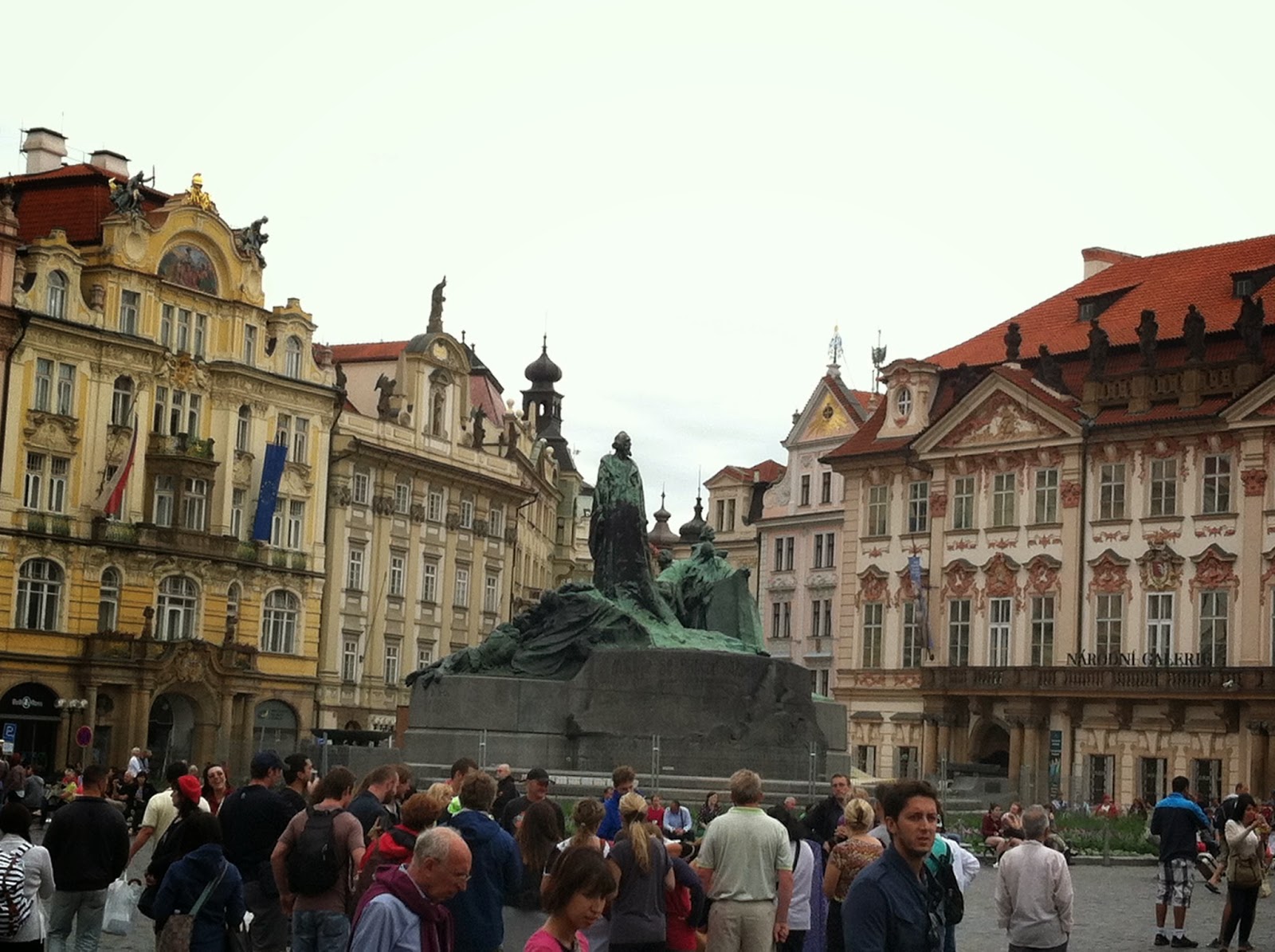 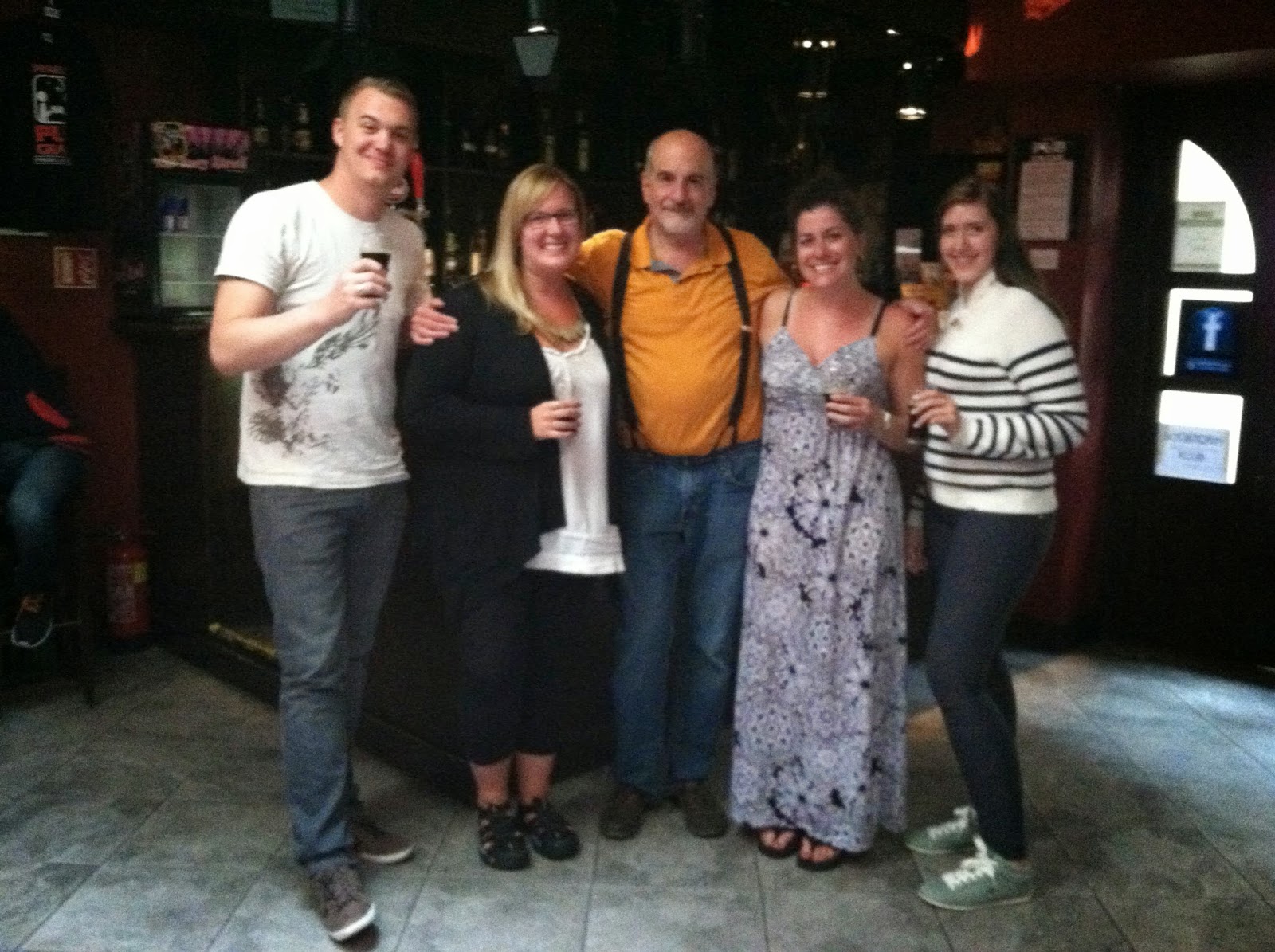 Us with some new Norwegian friends and PAUL our tour guide and Czech beer expert!

After Prague, it was onto Poland. This, for me, was going to be one of the most important parts of the trip (though we really did pick some truly special places all around to visit!). We decided to hit up Czestochowa first before making our way to our hostel in Krakow.

For those of you who aren't familiar, Our Lady of Czestochowa is THE Marian devotion of Poland. She's like the Guadelupe of Poland. The Black Madonna icon has been around since like the 800-900s and has said to have many miracles attributed to it. It has survived wars, protected kings and castles, and I have heard about this icon for the past 33 years of my life. So for me, this was a very important pilgrimmage and I am SO grateful that my friend and travel companion understood that.

We arrived at Czestochowa at almost exactly the perfect time. The Black Madonna icon is only unveiled at certain hours of the day and we had come at just the right time. There were people waiting to get in when we arrived: 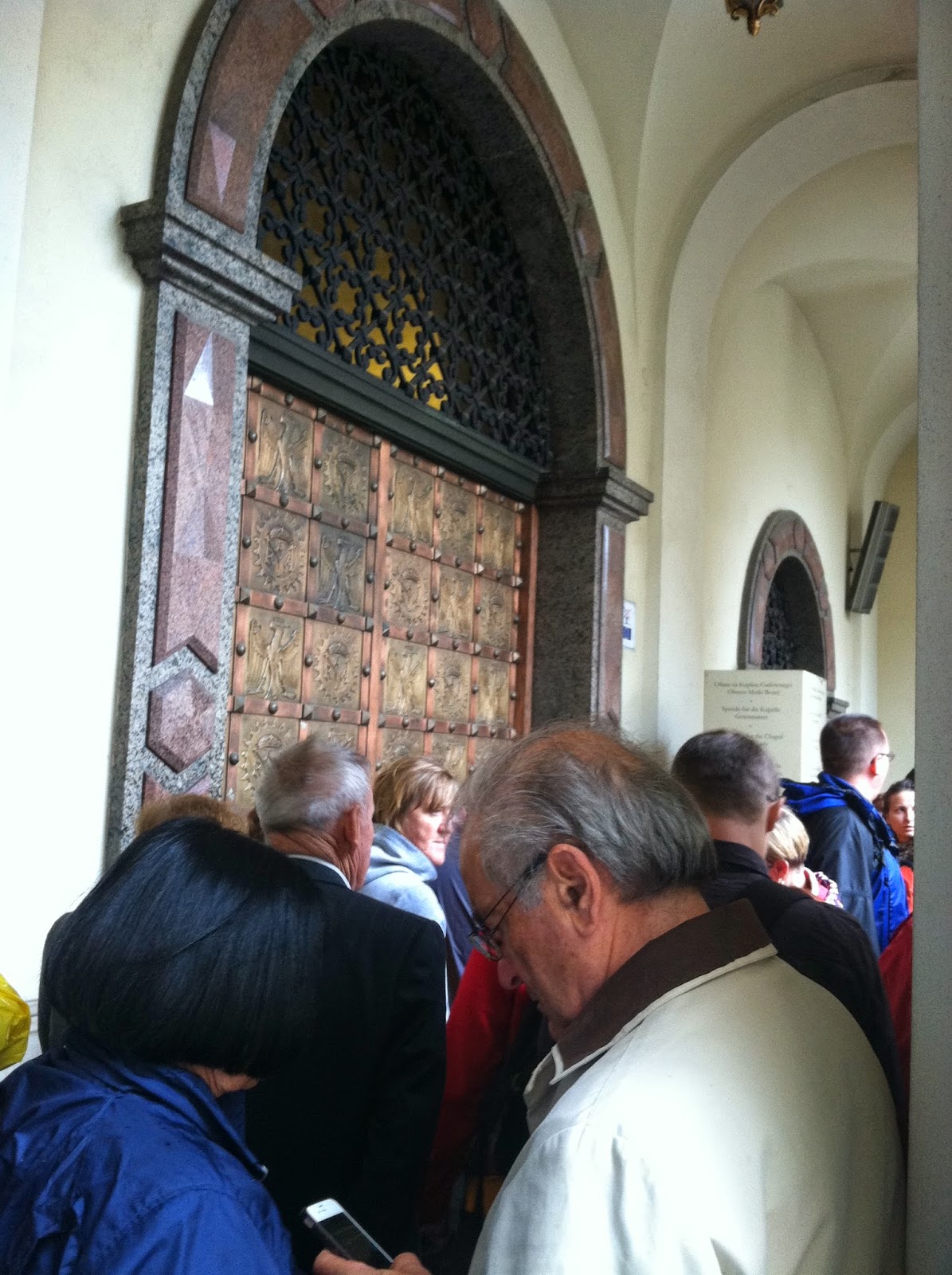 people waiting to get into the Black Madonna chapel 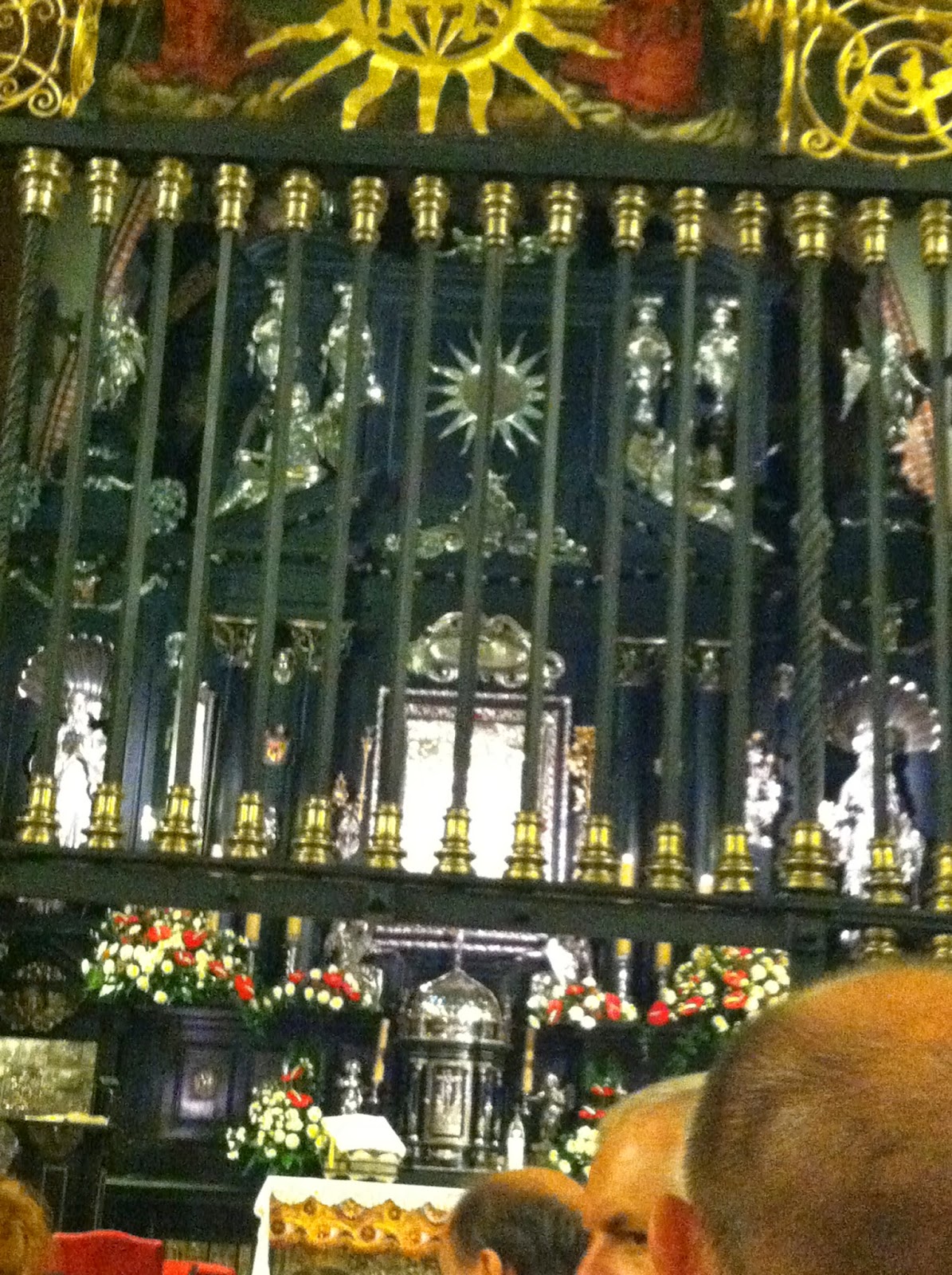 Icon behind the veil 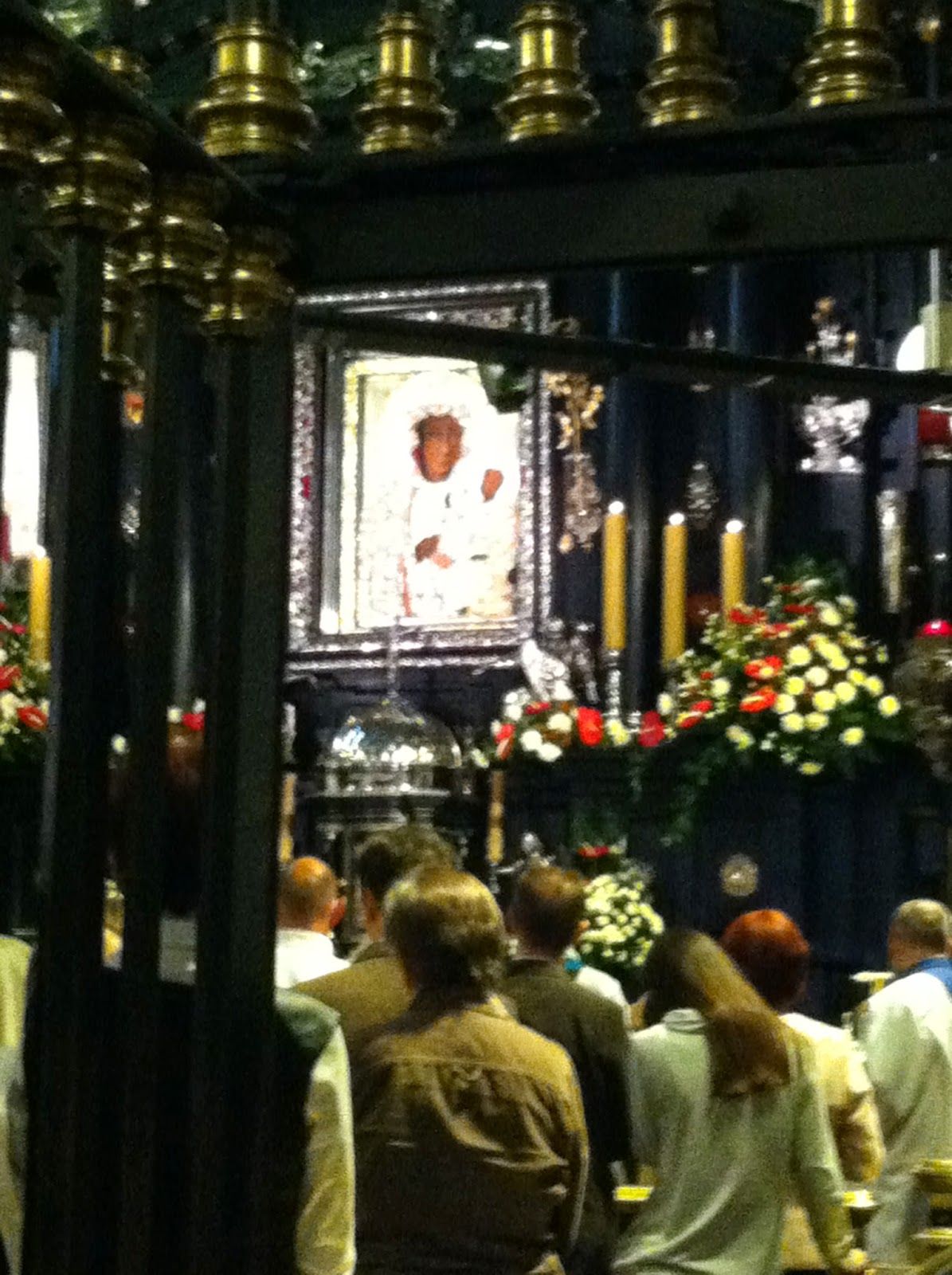 Our Lady of Czestochowa!

The icon was unveiled with much pomp and circumstance. There were trumpets and organ and singing as the icon was slowly revealed. I was struck by the silent reverence of the pilgrims there, however. In some countries, such a sight might have evoked wailing and screaming and flailing (i'm thinking Latin America or Italy- people with much more jovial and celebratory traditions) but in *my* homeland, we take things SERIOUSLY. It was quiet, but you could feel people pushing to get to the front to see her. Ah, silent, passive aggression. Something my family knows so well. It was all making sense now!

After the sign on St. Paul's feast day and this moment in Czestochowa, I really began to feel God's grace in this trip. I knew that it was going to be a blessed trip, but as I said, I don't think my friend and I could have predicted how pretty flawlessly this trip went. And I know it is because of God's grace.

We made it to Krakow and we both enjoyed the city much more than I think we thought we would. We made the trip to Auschwitz which could be a whole other blog post in and of itself. I was most saddened by the remnants of the crimes- hair, shoes, suitcases- saved from the victims who we all knew perished. The ray of hope in Auschwitz was seeing St. Maximilian Kolbe's cell where he starved to death in order to save another man. St. Pope John Paul II had left a candle there and it was yet another one of these grace filled moments of the trip. Getting to walk where St. JP2 had walked in the streets of Krakow, seeing where he once lived, and his office as a bishop was certainly another graced moment of the journey.

I swear that I started this post intending just to talk about the grace from this trip but I guess I couldn't do that without sharing the whole journey in detail! Needless to say, after Krakow, we journeyed back to Budapest, enjoyed our last day in Europe (ironically the 4th of July) at the Baths of Budapest: 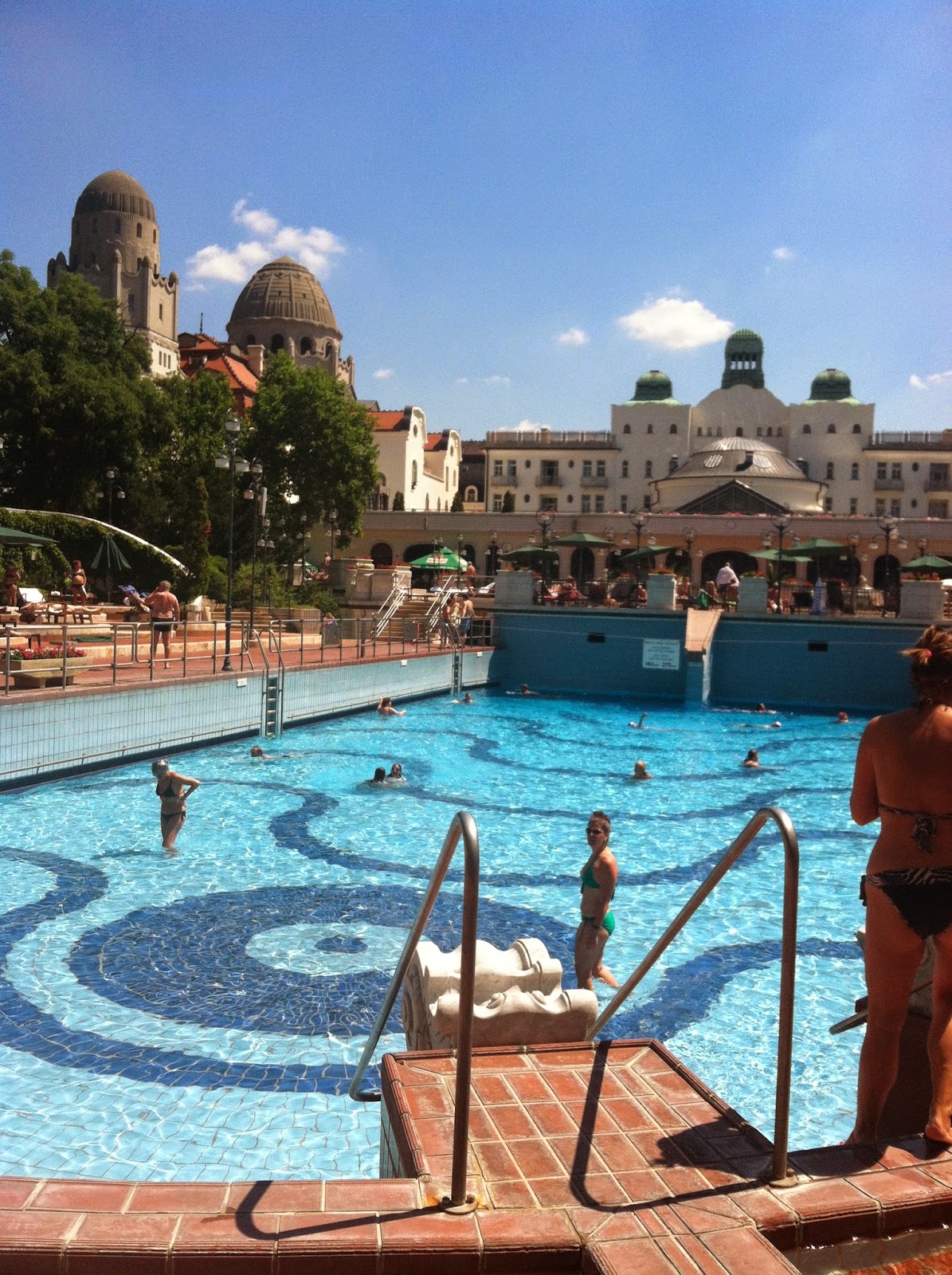 and then safely returned our car to the Budapest airport where we flew to Moscow (of all places to celebrate freedom on the 4th) where we endured a pretty painful layover before the long flight home.

Phew! Okay. So NOW what I really intended to blog about: the grace I am feeling this summer after a very long winter. In my previous post, I told you about the 100 Days of Happiness that my friend had started because we were both having similar negative attitudes about the beginning of this year. In addition to committing to looking at the moments of happiness in my life for 100 days, I also planned this trip, signed up for an art class, and made a commitment to get outside of myself and enjoy time with others and doing things that *I* wanted to do.

And that, paired with God's grace, has made all the difference :)

The Sunday that I returned from Europe was still the July 4th holiday weekend, and so the priest at Sunday Mass preached a little about Independence (which we value sooo much. myself included!) vs Dependence. He made the point that while Independence IS certainly a gift, it is dependence that helps us in our relationship with God. That really made me meditate as someone who values her independence sooo much (because it allows me to plan amazing trips like this!) I have come to realize this year that I do need to depend on others and depend on God, as much as I like to go it alone at times.

So this post really ended up just being a trip journal more than a theological reflection, but I think I said what I wanted to say and that was this: this summer is going to be a good one because I have experienced God's grace and recognize that I depend on Him and others as well as my independence to achieve happiness.
May the 100+ days of happy continue in 2014!

I'm not even bitter this summer about my commitment to spend my days working with children! This first week of nannying has been great because I had my grace-filled trip abroad (and I think there must be a huge development from 4th to 5th grade that has also made baby girl much more independent, too!) Huzzah for summer! 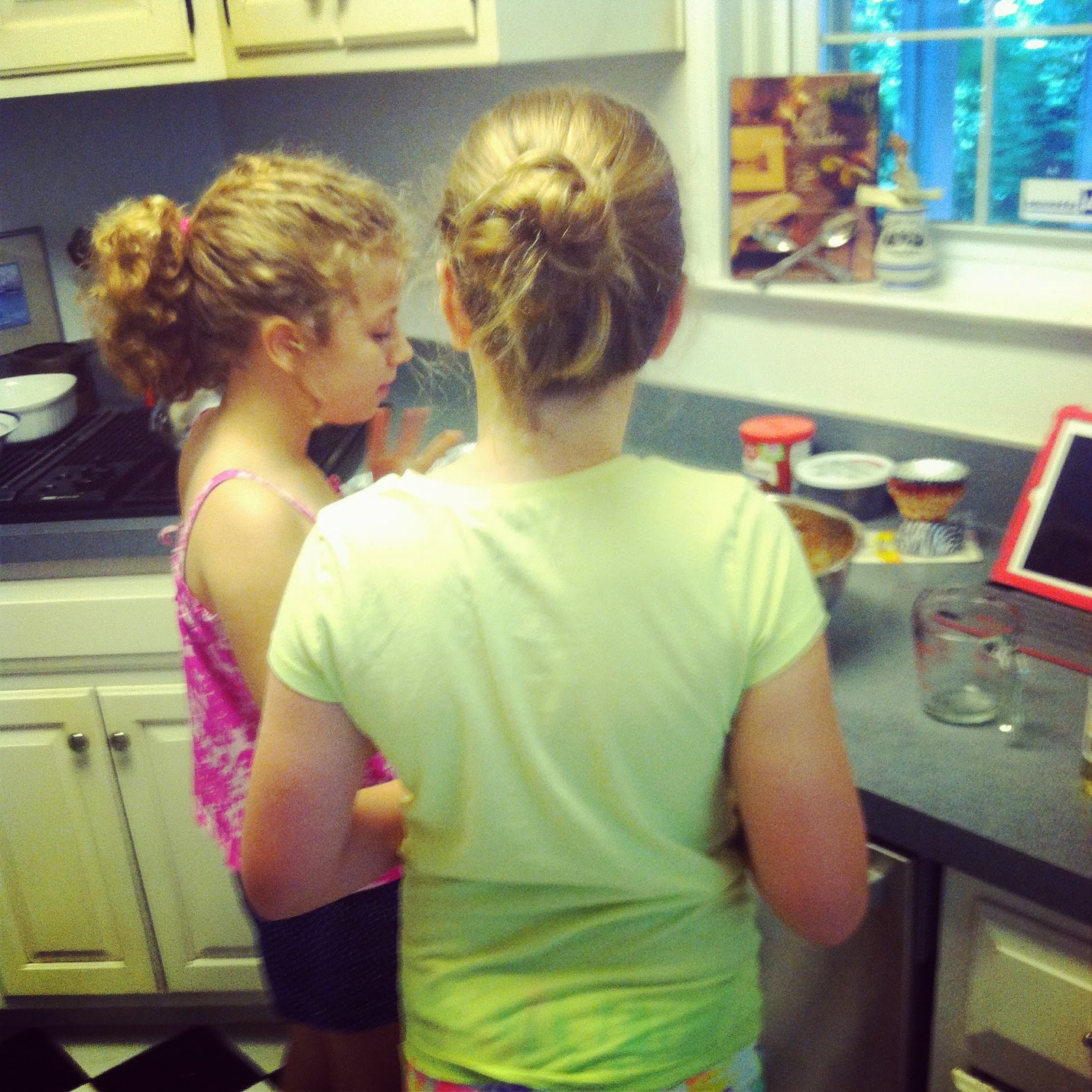 Baking cupcakes with her friend! 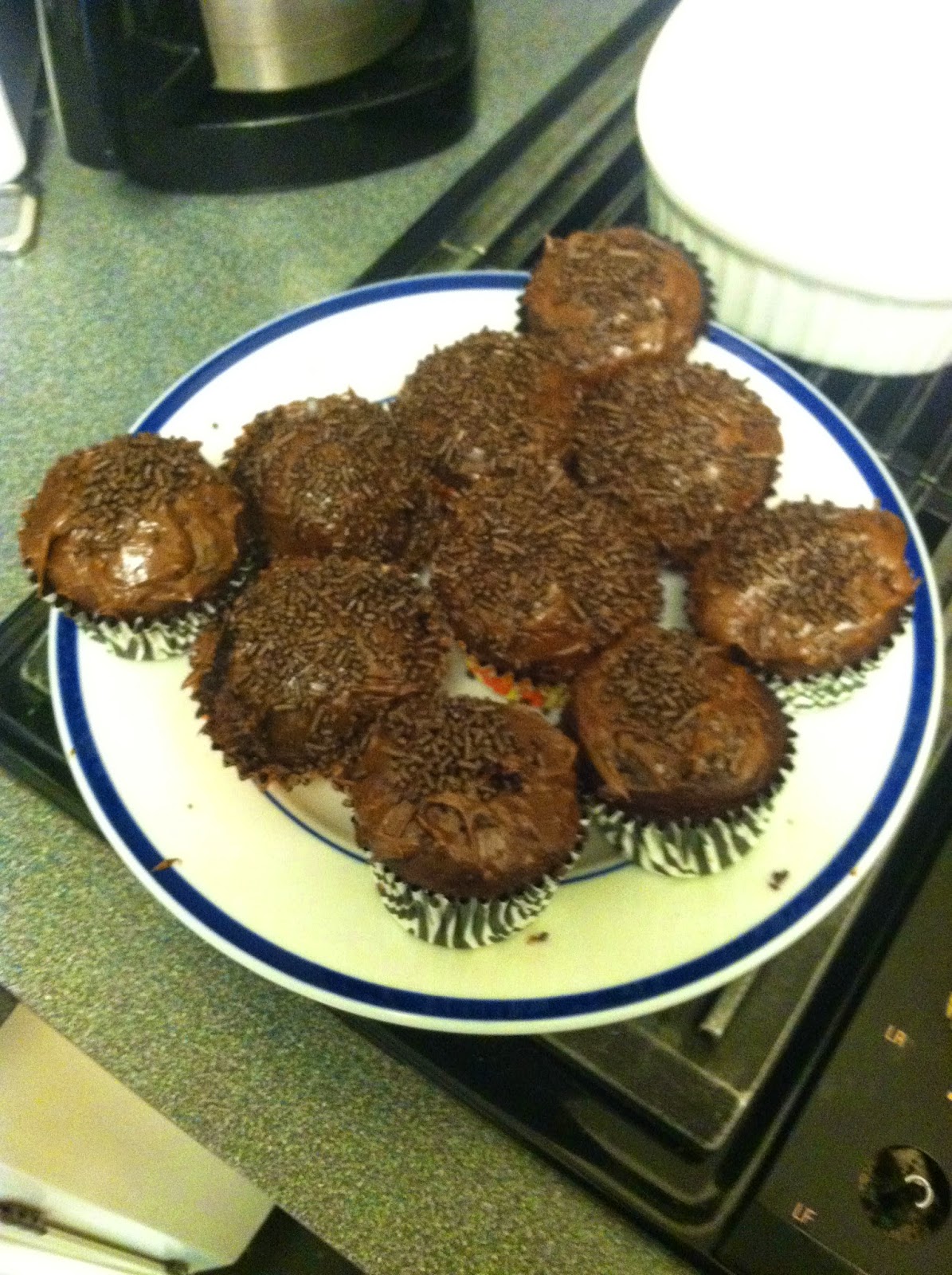 Cupcakes are kind of our thing now... 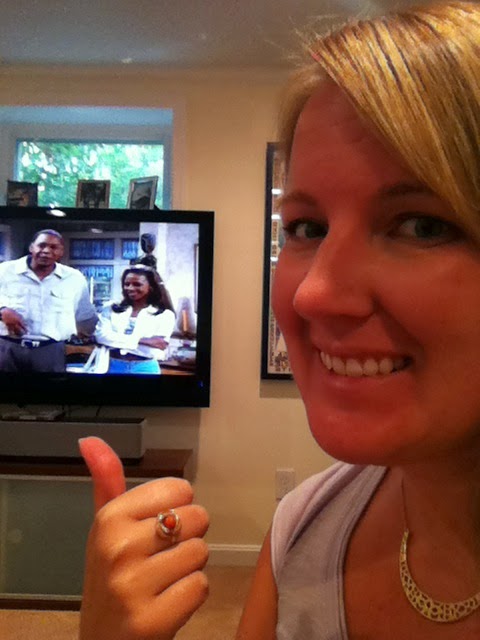 And 90s sitcoms are far superior than the Disney Channel ones I endured last year.

St. Paul and Our Lady of Czestochowa, pray for us! I am so grateful for your intercession and blessing so far this year!

soooooo awesome! love the amazing pics. happy for your terrific start to the summer, and graces in your soul! :) <3