After a long winter, Spring is finally here and also Easter! The Octave of Easter is always celebratory for me (because it is also my Spring Break ;), but this year it was celebratory in many different ways.

I haven't gone home to Ohio for Easter since 2010:

I think Easter was in March that year, but it was warm enough to sit outside and have a beer by the Lake! 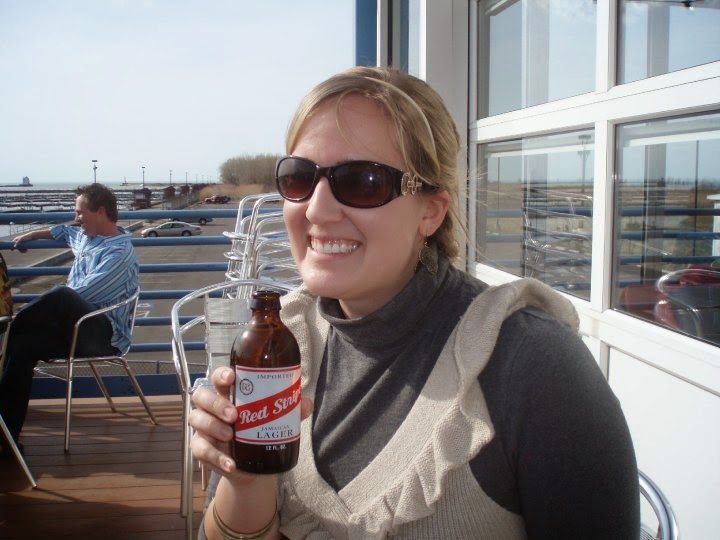 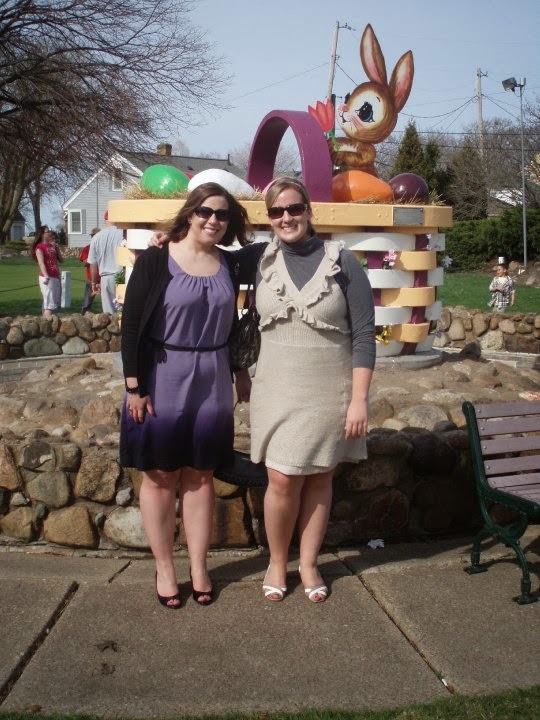 And it is Easter year round in Lorain, OH with the infamous Easter Basket at Lakeview Park

This year, it was also warm (finally!) and I again got to spend time with family. Though, this year there were some new additions:

Me and my new niece, Natalie (the sun was in her eyes ;) 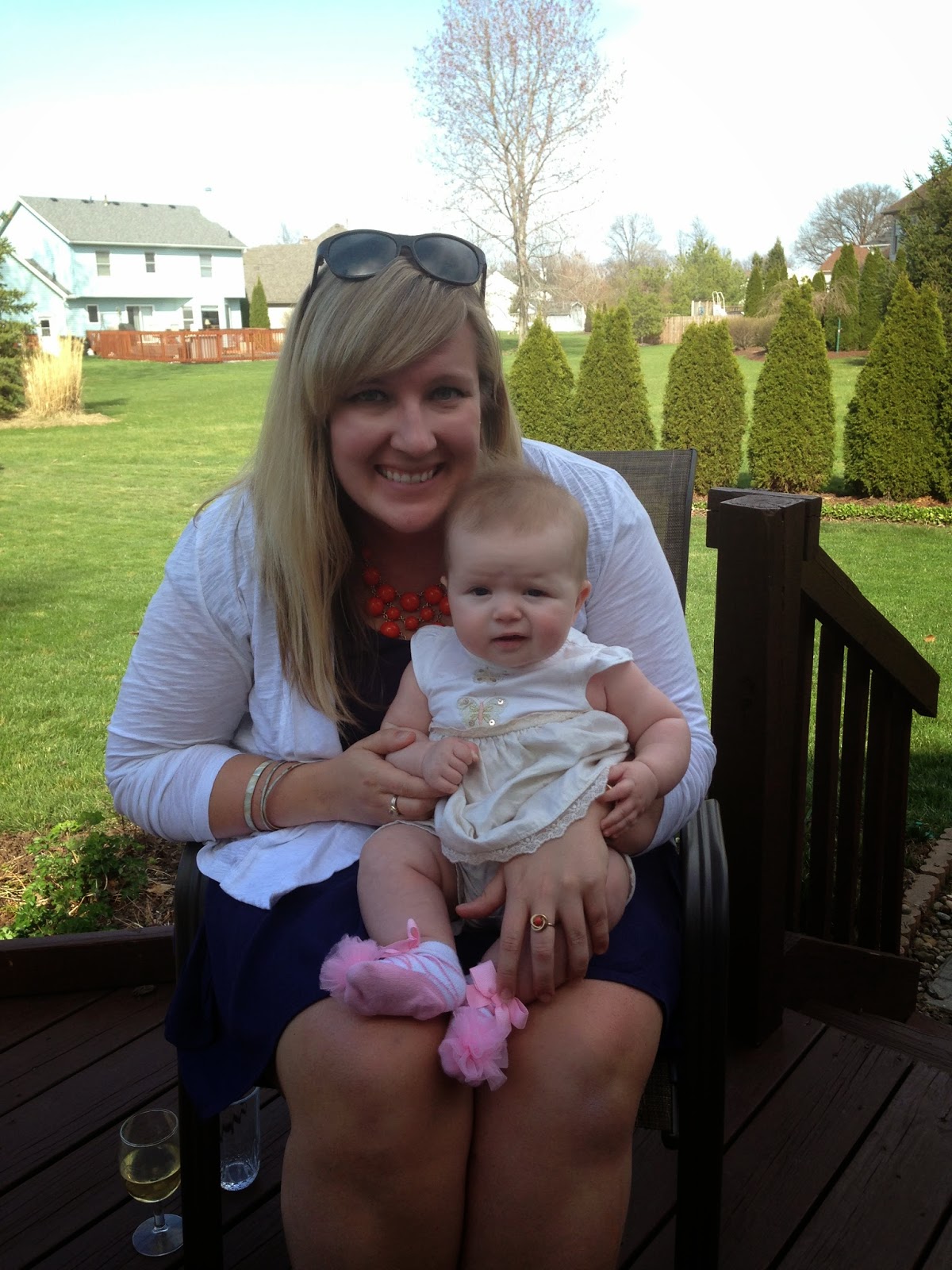 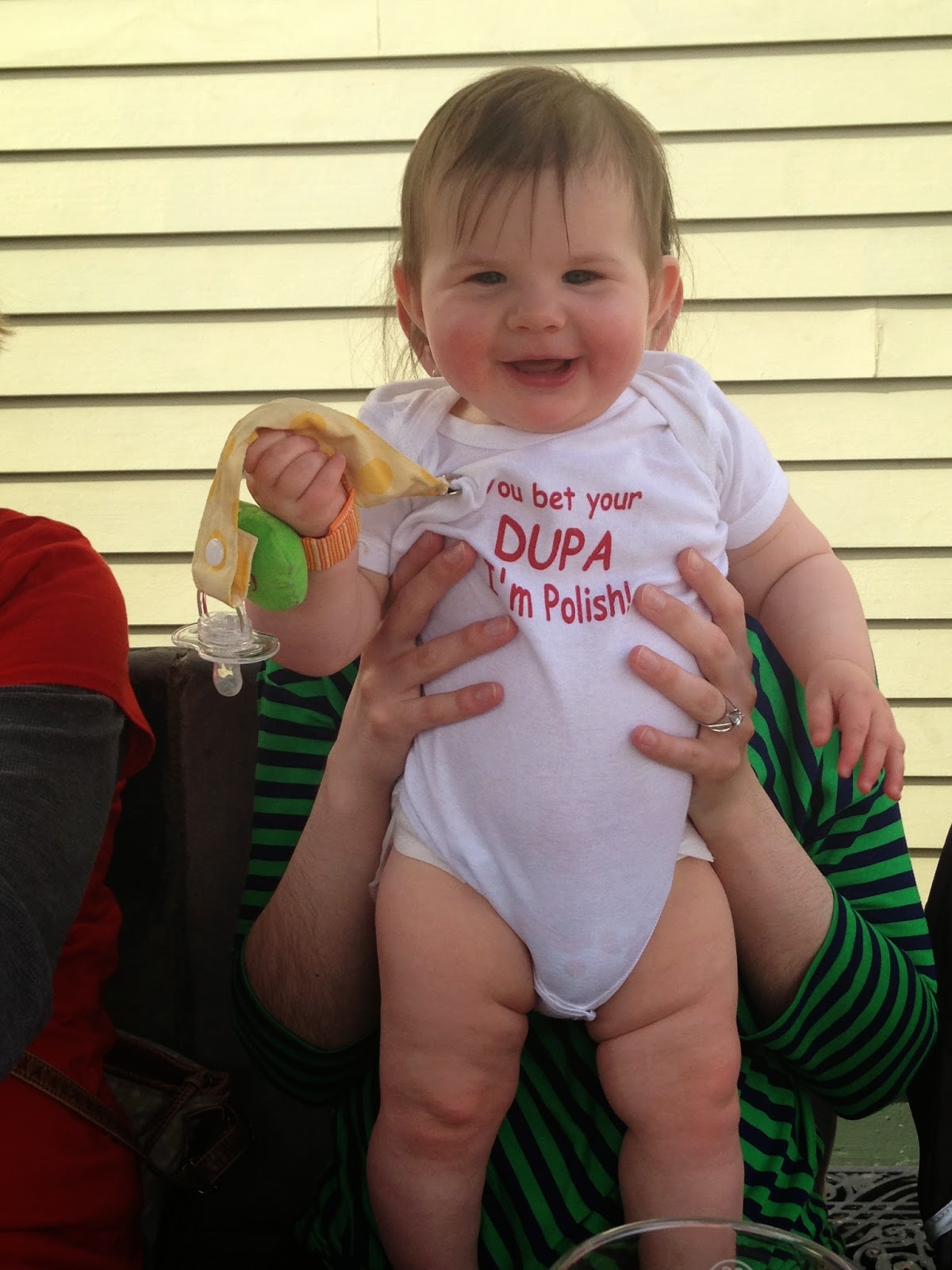 And this guy who also wasn't in the picture 4 years ago but is going to be 4 this fall! My nephew, Lucas: 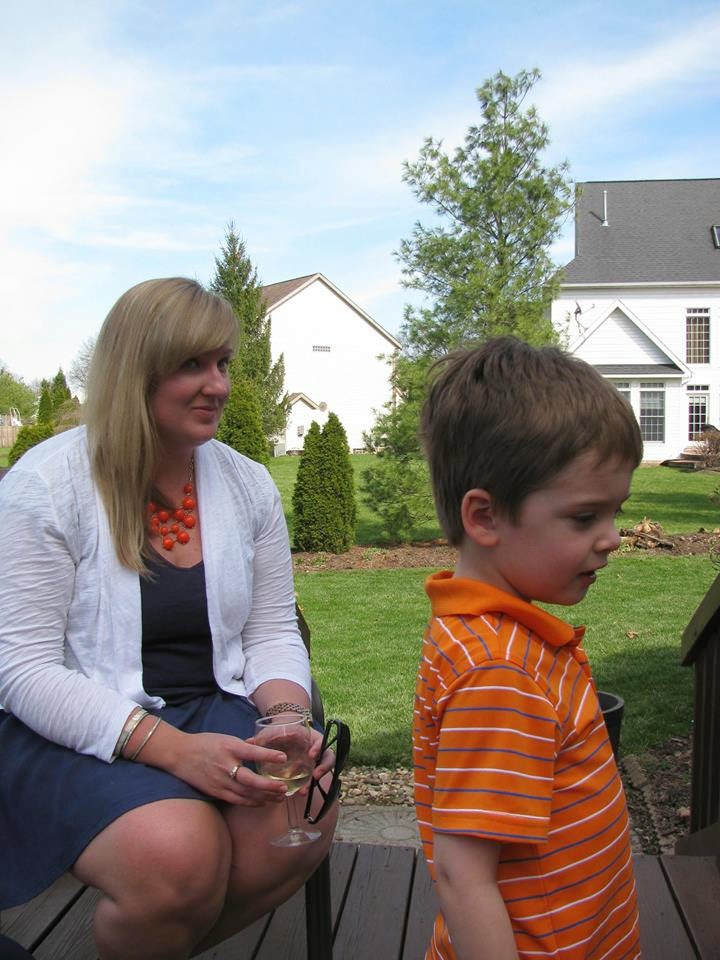 So the theme of my Easter Octave this year was family (but also- babies! So many!)

One of the other celebratory things that I got to do this Easter Octave was experience Dyngus Day in Cleveland with some of my other Polish relatives. If you are not aware of what Dyngus Day is, you can read about it here (and I suggest that you do! :).

I also got to celebrate my 33rd birthday. Year 33 is supposedly the "Jesus Year". The year that Jesus completed His mission on earth (until He comes again). He performed the mystery that we just celebrated- the Paschal Mystery. He suffered, died, rose, and ascended into heaven.

You may recall that I turned 30 (the year that Jesus begins his ministry in Scripture ) 3 years ago in 2011 on what turned out to be Good Friday that year. This year, my 33rd fell during the Easter Octave. I just find this so appropriate. Ever since my first communion (My 8th birthday ;) my birthdays have kind of synced up with themes in my life with Christ. I hope that this means that this year- my Jesus year- that some of my mission and mystery will also be revealed come to fulfillment!

Speaking of mission...Today is Divine Mercy Sunday which is always such a powerful, special day in the Church. SAINT Pope John Paul II ( I get to say that now!) instituted this day based on the visions and instructions given to another fellow Polish saint of his- St. Faustina. The Holy Father then died around Divine Mercy Sunday in 2005 ( I was in Europe on that day in '05 and will be in Europe again this summer, the year of his canonization! What a blessing!). Today, on Divine Mercy Sunday 2014, he is canonized a SAINT along with another really holy pope, SAINT John XXIII!

I was obviously not alive during St. John XXIII's papacy, but I have grown to respect him since my studies for my Masters. It was he that really began Vatican II and then passed it on to Paul VI (another fav pope of mine, but also before my time). I read the Vatican II documents during my studies and they have forever changed the direction of the Church and also inspired so many- including St. John Paul II- with the idea of the "New Evangelization" of our Catholic Church.

It was really cool because on this day- the canonization of Sts John XXIII and John Paul II- I got to hear the former Dean of Catholic U's Theology School give the homily at the parish I went to Mass at today. It was such a nice and perfect surprise! He spoke about the popes and their influence on the Church and evangelization and it was fitting that the message was delivered by someone who ran the school from which I learned about these popes and much of their work that allows *me* to my own work on evangelization.

Monsignor Irwin (the aforementioned former Dean) used today's Gospel which is the story about doubting Thomas to really hammer home this idea of evangelization. Msgr began by talking about 21st century methods of evangelization and how we perhaps need to move away from books in some cases and go towards something like TED talks as a method of evangelization since the young are not so much connected to texts as they are texting. He reminded us that in the early Church images like stained glass and statues (eek! :) and icons were used to demonstrate the teachings of the Church.

He mentioned a Church in New York- St Thomas Episcopal Church- that apparently has 4 images of Thomas and the stages he went through in today's Gospel story (I tried to find these images to no avail. if you are familiar with them or find them, let me know, as I'm very interested in these now!): Doubt, Despair, Confession, and Mission.

Doubt: Thomas is known for doubting the message that Jesus was indeed resurrected. Each of us obviously experience doubt throughout our lives and stages of faith. Msgr used a Tennyson quote that I really liked when speaking about this: "There lives more faith in honest doubt, believe me, than in half the creeds." Doubt that seeks understanding is good. It is when we stop search altogether and just become indifferent is what is dangerous.

Despair: Thomas was no doubt (heh. get it?) despairing at this time when his friends were talking about Christ's resurrection. His last real encounter with Jesus was watching his friend and teacher suffer trial and death. Perhaps his despair clouded the truth for him. I know that despair certainly does this for us.

Confession: Thomas finally sees the risen Christ and confesses not only of his doubt, but also professes that he does now, indeed, believe. This confession then moves to his mission, which confession should also do for us. Once we recognize the truth, we confess to it and move on so as not to let anything hold us back.

Mission: Thomas went out and proclaimed the message of the Gospel supposedly to India. We are to go out and profess what we have witnessed and "seen" in our own personal encounters with Christ. 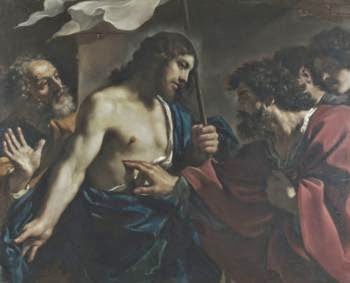 Thomas confessing and seeing the risen Christ after his doubting 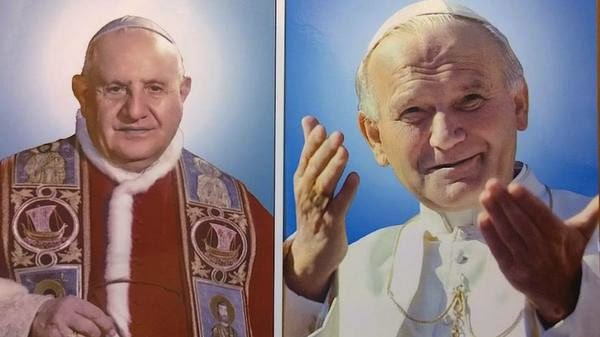 Our two newest saints now among the ranks of St. Thomas! So cool!

I just love it. All of it. I love Easter and I love when everything coincides and just seems to fit together to make sense.

After the confusion and darkness of winter and Lent, we get the joy and clarity of Spring and Easter! Alleluia!

And I can't WAIT to go to Krakow this summer (oh, yeah, didn't I mention I'm going to Eastern Europe this summer!!!!) and see how my people (the Poles ;) are going to honor their new holy saint!